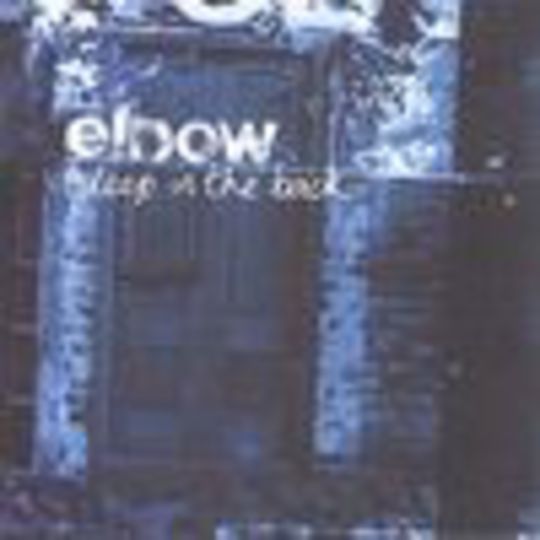 Ten years in the making, and three labels later Elbow bring us a outstanding release for this year and hope for the future of music.
In Asleep In The Back every track works. From the spellbinding sound of an organ in the opening track, 'Any Day Now', to the soothing sound of a piano in the closer, 'Scattered Black And Whites' you will not find any filler.

Guy Garvey's falsetto mumble demands you to pay attentaion and listen as he sings of the darker side of things. "I'll be the corpse in your bathtub/Useless" is the picture painted of growing old in the track Newborn. The softness of the song only succumbs to a sea of shattering guitars and muffled vocals as it comes to a close.

The rolling melody of 'Powder Blue' ends in the sound of a sudden crash of glass, only to wake you from the dream state the song has put you in. _ 'Bitten By The Tailfly's_frightening mesh of moods and over the top guitars will demand your attention. The deep choral breakdown of 'Presuming Ed (Rest Easy)' will take you back to that day dreaming feeling.

As the album comes closer to a close it seems Elbow beigns to speed up. The sound of a guitar seemingly being tortured will be echoing in your head by the end of 'Coming Second.' 'Can't Stop' begins harmless enough, only to reach a feverous pitch when Garvey sings "Pull this back together", only to close with with soft echoing strums of a guitar.

The gorgeous sound of a piano and lyrics like , _"Gone like I've known them all my life Like scattered black 'n' whites…."_ will bring a tear to your eye as the album closes with 'Scattered Black and Whites."

Throughout the album there is fabulous musicianship. The guitar plays more than it's traditional role, sometime creating sounds of beautiful noise and dreamy feedback. Mixed with the hypnotic voice of Garvey they paint a heart wrenching landscape.