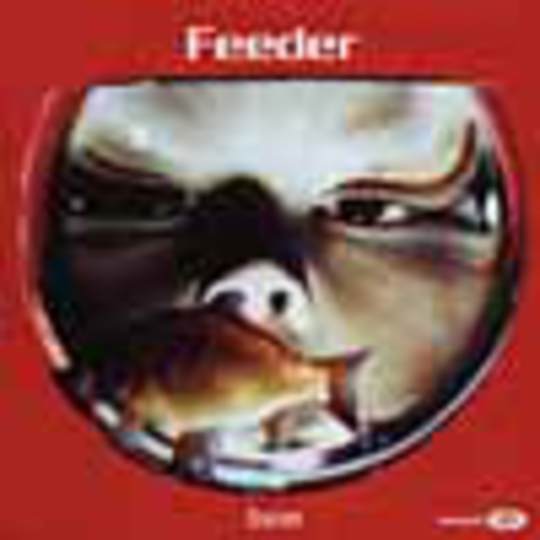 You may not believe this, but there once was a time when it was actually considered cool to listen to Feeder. Their first full album 'Polythene' was a huge indie success and even their second album, the less succesful 'Yesterday Went Too Soon' was greeted with wide open arms by the bands hardcore followers. Now this is not the case because the band have achieved chart success and have hence sold out (not my personal view) so tracks such as 'Buck Rogers' are dismissed as songs to 'cash in on the market.'

However with this next release, Swim, it will be interesting to see how the fans respond. The band (or record company) have decided to release the bands first E.P with a few additional tracks. Sounds good doesn't it? But it isn't the case... the extra tracks are b-sides off the singles which were lifted from the album 'Polythene'.

With Feeder you know what to expect and that is good 3 minute pop rock songs. It is what the band are good at and why I feel in love with them when I first heard 'Tangerine' when I was at college, and even now they still sound as fresh to me as they did then.

As well as the old classic songs such as the uptempo rocking, riffalicious 'Stereo World' (the bands first commercial release) and the 5 minute epic, mellow intro and full on chorus of 'Descend', which still sound as good now as they did back in 1996/97, there are the so-called over looked tracks such as fan favourite and full on pogo-fest 'W.I.T' & 'Sweet16', a song about a teenager in a torrid relationship who can see no way out. The thing is, these so called b-sides are as good as the singles they share CD space with.

The fact is, however, for the older fans there is nothing to make this album worth splashing out cash on... we own everything on it (even the 2 CD-Rom videos of 'Crash' & 'Cement') already! As if that isn't enough, it is not the first time Feeder have cashed in on their fame with 'Polythene' being re-released earlier in their career as well!

However, for the new school fans (which this album is primarily aimed at), will they like, or even accept, the bands back catalogue which is much more melodic rock orientated then their more recent poppy chart releases.

The full tracklisting for the album is :-

Gimme Back My Brain