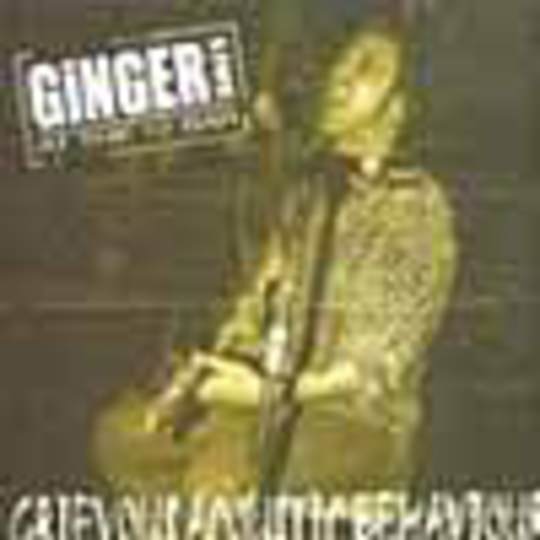 As the sleeve notes say, perhaps it was a rather odd idea to kick off proceedings with a series of unheard songs. Okay, so 'Inside Out' and 'Church of the Broken Hearted' are now familiar to SilverGinger 5 fans, 'Tom Take the Money' is on the cash-in odds 'n' sods compilation "Landmines and Pantomimes" and 'Hard Luck Woman' is a Kiss classic, but to the 1998 audience, it's over half an hour before anything familiar: 'In Lilly's Garden'. The second CD offers more in the way of old favourites - '29 X The Pain', 'Nita Nitro' and 'Geordie In Wonderland' rub shoulders with such underrated fare as 'Jonesing For Jones' and 'Dreaming In A', as well as an impromptu rendition of the 'Postman Pat' theme and a country and western version of 'Caffeine Bomb' ("Without the 'try and western,'" according to Ginger).

Of the new/obscure/unheard stuff, 'Re-Inventing The Wheel' is the highlight - a heartfelt ballad with asing-along chorus and verses reminiscent of Alanis Morrissette's 'Ironic'. 'Where Did Everyone Go' is an old Wildhearts number, left off the "Earth Vs..." album. It's hard to find the tune in among the mobile phone conversations and Jeremy Beadle jokes, but what there is is pleasant, if slightly unexceptional. 'Church of the Broken Hearted' is stadium rock on record, but sounds flat without the pomp.

But it's the old classics that the crowd are loving. A seemingly endless line of ex-banmates take the stage with Ginger and Willie, but the audience is far louder than those on stage, causing confusion during '29 X The Pain', with it's two sets of lyrics, and 'Nita Nitro' with it's multitude of vocal cock-ups. Even 'Sky Chaser High' and 'Bad Time To Be Having A Bad Time' receive the sing-along treatment. And in between songs, the rowdy crowd is treated to Metallica-slagging (in the pre-Napster era), Radio 1 DJ Emma B, and stand-up comedy courtesy of Ginger and Willie. Obsessive fans will revel in the self-indulgence, but non-fans will likely be left with furrowed brows.

Ultimately, 'Grievous Acoustic Behaviour is unlikely to win any new fans. But then that isn't the point. Let yourself go, it's fun. And they play the Duck Song.