Chemistry Is What We Are 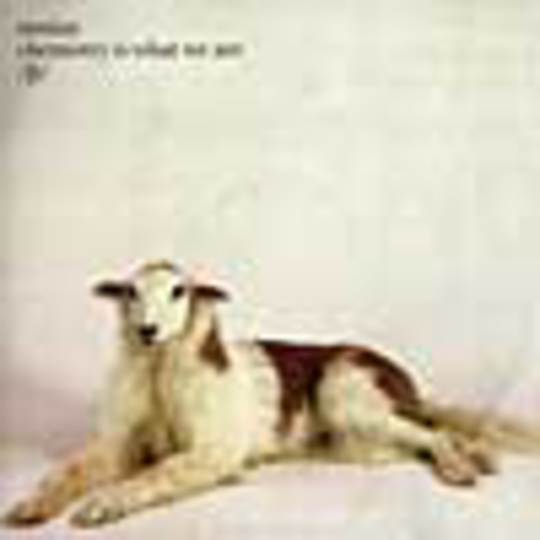 This was never going to be straightforward. Simian simply don’t ‘do’ conventional. Unless, that is, you consider holding journalists hostage, and replacing traditional tours with a series of gigs dubiously called 'The Church Of Simian', to be routine practices for a band making their first tentative steps towards the public arena.

Mercifully for the many bewildered punters, the release of ‘Chemistry Is What We Are’ throws at least some light on exactly what it is that James Ford, Jas Shaw, Alex Macnaghten and Simon Lord are playing at. Following the beguiling collection of tracks that made up the recent ‘The Wisp’ EP and last year’s mini album ‘Watch It Glow’, here are eleven songs that at long last coherently weave together the strange strands of psychedelia with the acoustic and electronic noises that characterise the sound of Simian.

The various comparisons to The Beta Band that Ford and co. have been receiving are not too far off the mark. After their recent antics, you certainly wouldn’t put it past Simian to deliberately wrong-foot observers who may think they have the band’s sound and influences neatly pigeon-holed already. For now though, rich harmonies sit atop looping synths and metallic percussion to create a work of understated beauty. ‘You Set Off My Brain’ could be Spiritualized sounding optimistic, while ‘One Dimension’ is a stripped-down ode to the ‘chemistry’ mentioned in the album’s title: “Clarity is bliss/Chemistry is what we are”. As a simple, lo-fi composition, it’s one of many moments on the album where less is most definitely more.

On the evidence of this record, Simian appear to be aware that their reputation as wacky funsters may also have made them vulnerable to accusations that they try just that little bit too hard.