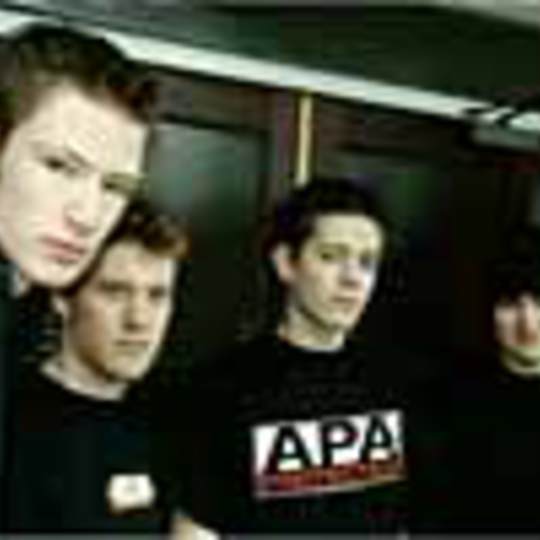 The music scene is comatose and stoned out of its mind. It isn't so much raging against the machine as leaning against one to stop itself falling over.

When things become so vacuous and dull it is the duty of the punk-rocker to stir shit up. It's somebody's job to kick back, to knee convention in the knackers, to shit down its neck, as it were.

And things are changing. Those of you missing At the drive-in can get your groovy afro down to the front-row of any Icarus Line gig.

Muse are at the edge pushing outside; reforming the envelope of sound; engaging in conceptual redevelopment and changing our minds about what constitutes music.

Muse are inventing the future, the Strokes are reinventing the past and Miss Black America are reminding everyone what communal rock and roll felt like the first time around. And this is where Antihero come in.

Antihero are a bunch of unfeasibly cool looking lads from Stratford and they certainly know a good song when one comes round for tea.

And do they simply smile politely and ask how many sugars ? Do they hell ! They beat the fucker senseless, tie it to a chair and set about making it their own.

Take opener here, the self-deprecating 'Something Else', with its verse which evokes Billy Corgan and what most of his fans wish he'd done for the last four years of the Smashing Pumpkin's existence.

They do a Trail of Dead with craft and tunes ('Disconnect'), they do an accoustic orientated track with such a sour bitterness and hostility that Conor Oberst would happily feed his left-testicle to a ravenous rat lest he should be able to obtain 'Since you left me'.

And Antihero really should be facing The Music in court, because it is apparent that our new-found heroes beat them to the psychedelic Stone Roses vibe with 'The White Label Song'. If plagiarism is the highest form of art, is theft then the greatest form of commerce ?

Frontman Pete sings on the opener: "Somewhere else we are perfect" and Antihero, though yet to arrive, are getting there fast.

'a.n.t.i till I die' is an excellent showcase for their fairly considerable talent and with it they have hinted that they are on the brink of doing something really quite brilliant. This excellent LP will do just nicely while we wait.