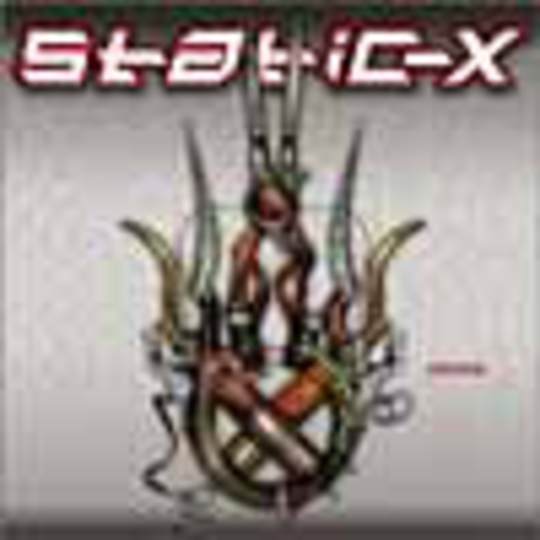 Chances are you already know Static X. The bloke with the ludicrous barnet, the band with the obvious bland repetitive tunes and that are destined to be the support band for life. Well, I don’t know what happened between ‘Wisconsin Death Trip’ and ’Machine’ but the transition has been amazing. From the second the pulverising intro of ’Get to the Gone’ to the final strains of ’A Dios Alma Perdida’ this is Nu-metal brutality at it’s finest, each track chugging along with all the finesse of a bulldozer but would you want it any other way?

It is impossible to put into words just how much Static X have progressed since their last effort. True enough, it’s not the most original of sounds (think Ministry crossed with Slipknot) but it does have all the enthusiasm of a bull charging for El Matador’s red cloth and twice the power. Both Static X and Spineshank seem to have recorded debut records that can only be described as piss poor and have come back with records that you would never imagine they could concoct within the time period of a million years let alone two or three. This could potentially be Wayne and the boys only problem, will the public forgive that cack debut and fork out there hard earned cash on their latest opus? They didn’t for Santos’ crew.

The production of this record also has to be congratulated, capturing every electronic sample and cranium crushing guitar attack at its fullest and creating a wall of sound so huge that it would even make Hadrian blush. But ultimately with a collection of tunes which include such beasts as hit-in-waiting ’Black and White’ and the Pantera-like dynamics of ’Structural Defect’, Static X really do deserve to prevail like the proverbial Phoenix from the flames. ’Get to the Gone’ is as bone-fracturingly heavy an opening to an album as you would expect to hear and the likes of ’This is Not’, while following a Nu-Metal blueprint seems to add a new layer of insanity and smash through the likes of Papa Roach as if they were the spice girls. This could be the appeal to Static, just as it is with Slipknot, while being very ‘Nu’ in it’s roots there is a heaviness here that drags it beyond the likes of Linkin Park and the aforementioned Roach.

But after all is said and done, by the albums end you do feel like you’ve heard this track earlier on the record and when it comes to future releases you do wonder how far the Static quartet will be able to push the envelope, but for now this’ll do them very nicely thank you.