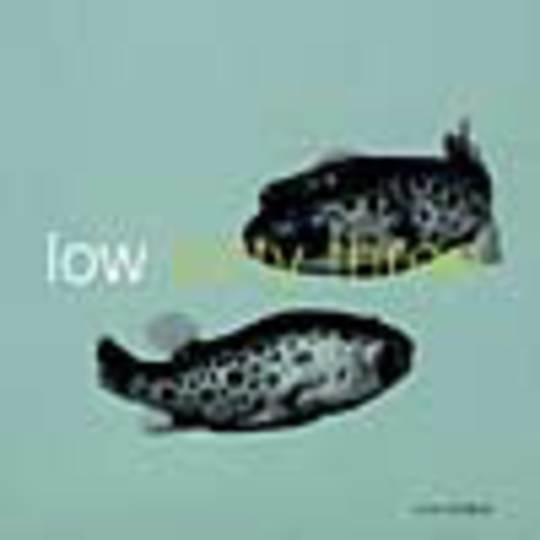 Konkurrent's In The Fishtank series, whereby the label's favourite bands are invited to record a mini-album in 2 days at a studio in Amsterdam, continues apace with yet another inspired collaboration. It is hard to think of two bands more suited to pooling their resources. Both Low and Dirty Three have spent the last few years turning out immaculately crafted melancholic gems, both bands sharing a high work rate and a keen ear for sublime melody and wistful, muted beauty.

Much of Low's best work has been done in collaboration (remember that phenomenal EP they released with Spring Heel Jack?), and this 6 track mini-album continues that rich tradition. The combination of Alan Sparhawk and Mimi Parker's aching vocal harmonies and Warren Ellis' restless, soaring violin really is as good as it sounds, both combining effortlessly on the unspeakably gorgeous lullaby 'Invitation Day'. Elsewhere, the bands craft an inspired 9 minute version of Neil Young's 'Down By The River', Mick Turner's impressionistic guitar plucking humming behind the stark coo of Mimi's tortured vocal.

If anything, Mimi Parker's voice sounds better here than on any of Low's previous releases. 'When I Called Upon Your Seed', a breathtaking Country lilt infused with droning violin and Mick Turner's characteristic stuttering guitar work, is lifted inexorably by Mimi's multi-tracked vocal, a voice that seems to concentrate every emotion in every word to stunning effect.

The mini-album ends with the joyous gospel stomp 'Lordy', Alan Sparhawk repeating the same vocal line with increasing intent while simultaneously beating a banjo to within an inch of its life. It's a track that marks a significant departure in pace and tone for both bands, and, on this evidence, it's something they should do more often.

Riveting from start to finish, this album marks a high point in the careers of two bands who hold back catalogues of consistent excellence. Not one false note is struck, and I can only hope that Low and Dirty Three feel the urge to join forces again in the near future. Essential.