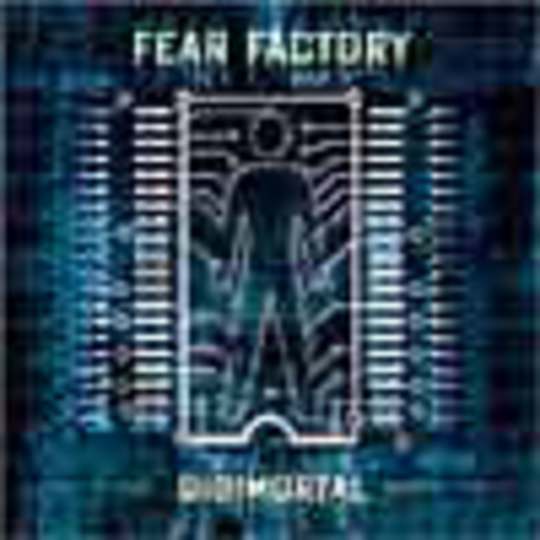 I wasn't really that keen on "Obsolete", Fear Factory's last full-length effort. It wasn't bad as such, but after the innovation of remix album "Remanufacture" it felt like a couple of steps backwards. Where "Remanufacture" showed us a bit of leg, "Obsolete" clamped its frigid thighs shut on our roaming hands and said, "Ooh, I don't know if my husband would approve."

But there's none of that here. If "Remanufacture" was flirtation, "Digimortal" is a night of unbridled passion. It more than delivers on the promises of the past, while promising even greater things for the future. Take single "Linchpin" for instance. It follows the traditional Fear Factory formula of pounding industrial rhythm and an overwhelmingly melodic chorus, but it takes it to new extremes. The chorus is almost radio-friendly, but the bassline is as uncompromising as ever.

With "Digimortal", the band show their influences on their sleeve more than ever before. A Depeche Mode sample gives "Damaged" a strong 80s flavour. "No One" expands on this, with its piercing synths punctuating the familiar Fear Factory rhythm section and Burton's ferocious vocals. And there's just a hint of Numan in the melancholy "Never End".

Elsewhere, innovation is the word. "Invisible Wounds (Dark Bodies)" proves that the band can do mellow, with clean guitars and Burton's most melodic vocals yet. "Hurt Conveyor" is refreshingly different, sounding like a Sepultura song with Prodigy-esque electronics. And "Back The Fuck Up", a collaboration with Cypress Hill's B-Real, breaks new ground for the band, but unfortunately just doesn't work. The chorus is headfuckingly brutal, as you'd expect, but the verses sound rather flat, and Burton just can't rap.

But that's not to say the band have left their past behind. "What Will Become" is more than slightly reminiscent of "Self Bias Resistor", and the title track could have been one of the better offerings on "Obsolete". But none of them are simply rewrites. "Byte Block" kicks off like something from "Demanufacture", but develops into a bleak and twisted monster. For every revisited past glory, there's a giant leap forward. "Digimortal" sees Fear Factory pushing boundaries again, and that can only be a good thing.

New Found Glory at The Foundry, Birmingham, Sun 20 May