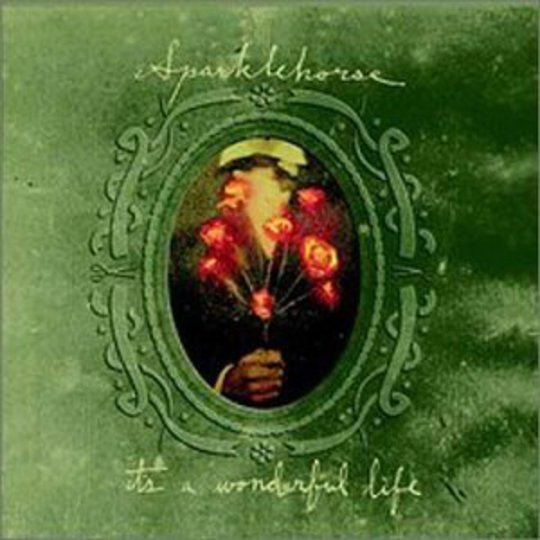 As I scrape the pixie dust from the corner of my eyes, I press play. My head returns to the pillow. Several minutes pass. These are several minutes, maybe an hour or so of dreamy perfection. Sparklehorse have created a perfect barely awake, sleepy layering of introflective sound – and that _is_ a good thing!

Let’s give you some perspective as to why this album suits being inside a duvet cocoon. ’Apple Bed’ is as good place to start as any.. a wandering bassline, near whispered words, spoken over a quietly fuzzing undertone of guitars and twinkly samples. Follow that with the soaring ’King of Snails’ which would drag anyone outta bed with it’s guitars that resemble Johnny Rottens ‘Rule Britannia’ with added distorted 80’s disco pop moogs. \m/ It must be said, this remains so quiet that cranking it up to full, really doesn't feel as loud as it is. There is not really anywhere on this album where you need to worry about blowing the dust out of your speakers, it's the dust and cobwebs on top of your cranium you need to be worrying about.

What else makes this album special? Well, the abstract stars are out in force on this the 2nd Sparklehorse Lp. With background harmonies from Nina Persson(Cardigans) and also some from the lights-out-time sexy, queen of Dorset Pj Harvey who takes over the lead for ‘Eyejennies’. Also, The Man Tom Waits makes your mind more than usually question its insanity, whilst also confusing your ear drums by the range of deepness The Man possesses. Mr.Waits takes us once again into his mumbling trampled on rock realms, having a little verbal fight with himself whilst computer sounds tremble over a phat machinery bassline. This does make sense! It does! No, REALLY!

There are moments when this album sounds like the credits of a Disney movie and others where you expect to hear a massive volume peak as some psycho plunges a knife into some pretty young thing. Bambi never gets butchered.

Then there are the lyrics, which whispered or spoken at normal level repeatedly leave and enter extreme tangents of logical incoherence, like “hey necklace of leaves! The spirits in the tree’s and drown all the clocks ‘til it’s nine, little india in the sun”. There is sense in this nonsense, somewhere, sometimes.

Sleep now, the day will start sometime soon, there’s no need to rush, no need at all.