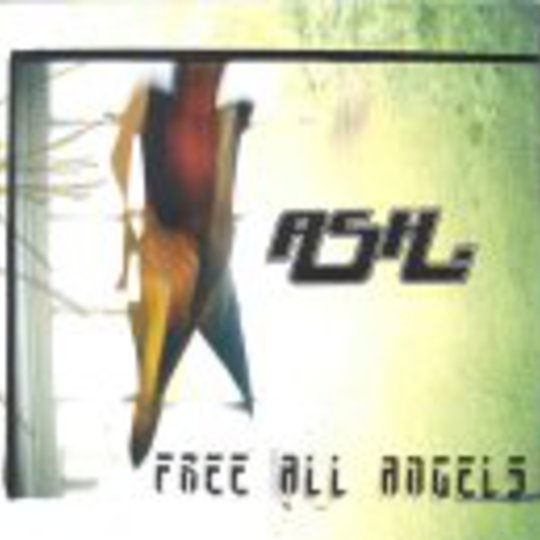 The fourth Ash studio album. Following the fans duped and critically mixed received, ‘Nu-Clear Sounds’ this must have been a tough task for the band. Having heard the singles ‘Shining Light’ and ‘Burn Baby Burn’, both worthily entering the top end of the charts, for critics and fans alike the tides seem to have changed.

I wanted to like this album because Ash are about the only popular band from the UK who I can stand at the moment. I think it’s perhaps outta loathing for all the American pop.rock is just that: distinctly American college radio rock – it was fun for five minutes, about five years ago when the Deftones first popped in to smash a few trays of your grans finest China. It seems to have gone nowhere but a bit bigger and more hip-hop ever since. At least Ash have the sound which makes Radio 1 at least half interesting. They’re an exciting live band who bring 1,000’s of rawk kidz into a sweaty, eyeliner and glitter covered mess of smiles. They even get trendy parents wanting to borrow their teenagers cds. They can and have done that. Why change?

The singles seem to scream that this is a return to the out and out greatness of ‘1977’. Sadly, I can say it ain’t so! This album has magical moments, although they seem to bookend the album, with the singles filed somewhere in-between. The opener ‘Walking Barefoot’ with it’s sparkly, carefree, mattress thrashing, pogo vibe – what a way to start an album! Instantly expectations are high. From that to economy divides away at the other end of the album is ‘World Domination’ the album's finest rock moment. This is disrespect for the world we live in. These are two completely different perspectives, one of distracted happiness and one of discontent.

The thing is, the album follows the happy-go-lucky, love and love-less patented Tim Wheeler, heard-it-all-before storyline for most of the album. It feels like the fingerprints from other albums have made the clean-cut cuteness of this record much grubbier by the time track four, ‘Candy’, slimes it’s way in. Oh dear. The word B-side springs to mind. Over strum orchestra strings, what sounds like a drum machine and Wheeler’s singing is annoyingly just outta tune “Don’t you know it’s alright to be alone?” brings out a fearing in me for the safety of some depressed individuals.

‘Pacific Palisades’ is this album's ‘Oh Yeah’. It screams single! I’ll put my bets in now for it being the summer anthem that little children and grandparents alike will be whistling on country walks. However, the smell of cheese about to go off does loom over this 'sunset on the horizon' picture. There is a both bumpy and tranquil ride ahead with the rest of the album ranging from classic thrashing Ash hooks with ‘Sometimes’, to ‘Someday’ which you can guarantee will be adored in a R. Wll*ms ‘Angels' karaoke disaster stylee!

This is not a brilliant record. This is not a crap record. This is a record with guitar pop brilliance and songs that should have been left as b-sides. This is a brilliant record for 5am at a dazed and confused summer party when the birds begin rustling. Had this been a mini-album without the Westlife-esque symphony experiment tracks, then this would be up for pop record of the year, although it is bound to be anyway... ‘Free All Angels’ is not gonna change your life, or the heavens as the title may suggest but at least it’s a good sign for records to follow this summer.