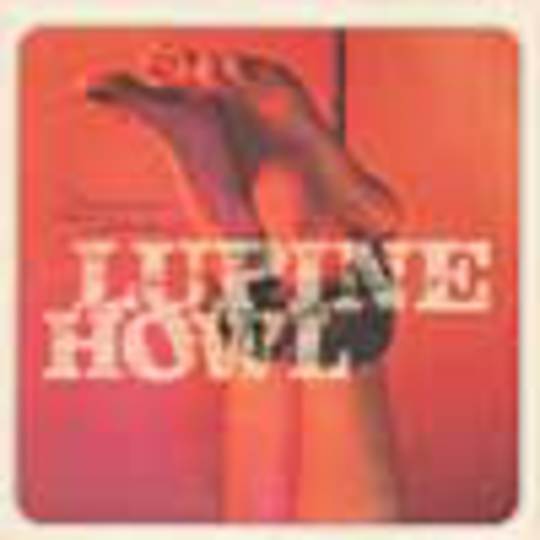 Before I give my review of this record, I’ve just got to quote the press release, which describes The Carnivorous Lunar Activities of Lupine Howl thus:

Nine schizophrenic tracks which chart the life experiments and transgressions of the group over the past year. Musically the record encompasses a wide area including crushing loops and disturbed guitar frenzy, the surreal harmonica insertions and double bass penetrations, hallucinogenic grooves and space themes, bizarre organ lacerations and demonic Detroit riffs, abstract electronic and clinical studies of your most personal openings. Drenched in innumerable pleasures yet cold as a sexual liaison with Walt Disney’s cryogenically preserved head, this record is an erotic dance on the ribs of the listeners, of whom only a few will savour its bitter fruit with impunity.

Wow. Lupine Howl press release writers, we salute you! Obviously it doesn’t come anywhere near to living up to this, but then what the hell could... except the next Coldplay album of course? ;-)

In direct defiance of the press release, I’ll get down to brass tacks straight away and state the obvious; pretty much all the tracks on this record sound like ‘Electricity’ off the last Spiritualized album. This is far from a bad thing. As you doubtlessly know already, Lupine Howl are the blokes who got sacked from Spiritualized, so it’s not exactly surprising either. In breaking from their previous band, Sean Cook, Mike Mooney and pals have lost quite a few things – Jason Pierce’s uniquely epic vision, his ability to write songs of the calibre of ‘Come Together’ or ‘I think I’m in Love’, and his genuine drug psychosis. They’ve bravely, though perhaps misguidedly, decided to fill the gap with every ‘70s acid rock cliché in the book, a complete lack of irony, earth-shattering stoner guitar solos and Rolling Stones style macho-psychedelia, all of which is disappointingly retrogressive.

There’s something slightly Primal Scream about the way Lupine Howl make their album out to be a mindblowing roller coaster ride into the future when one listen makes in quite clear that they haven’t bought a record since Exile on Main Street. Completely rejecting the trappings of all this new-fangled bleepy-bloopy music, Lupine Howl are still stuck in the mindset that believes the best way to communicate a drug-fuelled experience of transcendent intergalactic harmony is via the medium of an endless guitar/harmonica jam.

While the music itself may have stopped evolving in about 1972 however, it’s still executed with enough enthusiasm and momentum to keep things exciting, and the huge-fucked-up-space rock guitar frenzies still sound undeniably cool when experienced in the right ‘frame of mind’. In fact, ‘The Carnivorous Lunar Activities..’ holds it’s own quite well against the likes of Mercury Rev’s ‘Yerself is Steam’ and Pink Floyd’s ‘Piper at the Gates of Dawn’, giving it a guaranteed place in the hierarchy of trippy acid freakout music.

Opening track ‘Vaporizer’ includes a sort of erstaz red indian chant and some momentously silly lyrics (‘With a sniffing dog, amphetamine and a rotten worm / and a superfuzz and a mothership / on some kinda psychedelic trriipp..’ – like, farout man). Second track, Sniff The Glue, starts off as a sort of gomez-style acoustic shuffle before building into a suspiciously Mansun-like middle section and finally collapsing into a big ol' Monster Magnet guitar wig-out. And, basically, if this sounds like your idea of fun, you’ll probably love the Howl.

Sadly, things get less interesting in the middle of the album as slower, longer tracks like ‘Lonely Roads’ and ‘Carnival’ push the boredom threshold to it’s limits, but memory of these is almost entirely erradicated by the final hard rockin’ trilogy of Planet X, This Condition and The Jam That Ate Itself (don’t let the title fool you, it’s the shortest and most rockin’ track on the album) and you’re left thinking ‘gee, that was pretty good, I think I’ll listen to it again’.

It’s also worth noting that hidden under the CD there’s an absolutely terrifying picture of a 100-limbed Lovecraftian monster made out of cut up bits of pornography by Sean Cook himself. Yikes. Just thought I’d warn you.

All in all, this should make an ideal Easter gift for the Hawkwind-loving stoner in your life (or in your head). I’m off to get the narcotics in...