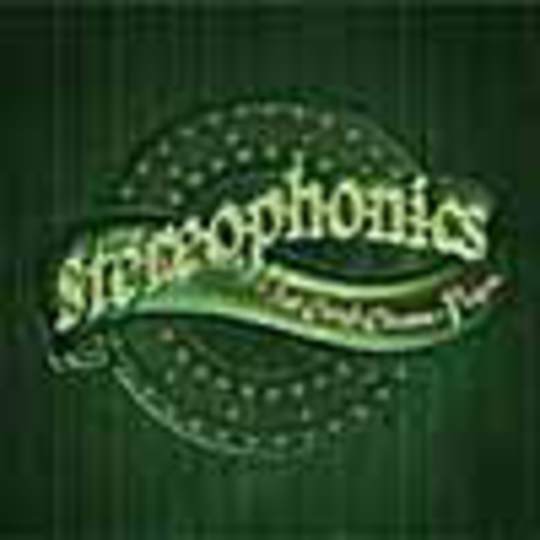 Once upon a time there were three statisticians who became bored with their jobs and quit to hunt ducks. On their first attempt: the first statistician shot one metre too high, the second shot one metre too low. The third one shouted: "YES, WE'VE GOT HIM !!!" This made-up story can't help but remind me of the brand new Stereophonics album 'J.E.E.P'.
The first album was too basic, the second too ambitious. Statistician Kelly clearly thought they'd nailed it and the third was a foregone conclusion. Not so.

Anyone who heard Kelly's interview on Steve Lamacq's Evening Session must have been worried that the trials and tribulations of being a successful musician is pushing this prematurely middle-aged Welsh songstrel perilously close to the edge. A nation of fans sat shocked as he recollected the tale of the alternate-tuning. His mate, casually inquesting: "Hey, Kelly, ever written anything in G ?" Kelly smiled: "Nah, we don't do tunings."
Seemed innocent enough until Kelly revealed that later that evening he tried the alternate tuning of open-G. He did it "for a laugh". NOOOOOO , DON'T DO IT !!!!!!!!!!!!!!! "In just a matter of hours", said Kelly, "I'd knocked out 'Step on my old size nines' "

In the same way that Bobby Gillespie was arrested in Paris back in 1995 for breaking into a chemists for the abundance of drugs one can imagine wildcard Kelly forcing an entry into the nearest music-shop to Chepstow and demanding a capo, not for his guitar, but for his "weight-problem". If you're one of the people who dismissed the Stereophonics as bland and are yet to hear this, believe me, your expectations are to be crushed under the 'Phonics noise-tank.
This noise-tank is better-known as 'Vegas Two Times' and is the opening track here. It may feature a riff that veers dangerously close to a washed-down amalgamation of poor Led Zeppelin and 'Fucking in the Bushes' by Oasis, needlessly incorporate a gospel-choir and make the band's Tom Jones influence painfully clear but savour this moment friends 'cos from here on in we have an album that hurts.

The aforementioned 'Step on my old size nines' sounds like an appalling Bob Dylan tribute band fronted by a constipated Tom Waits. 'Mr Writer' is John Lennon at his very, very worst. 'Everyday I think of Money' is a more maudlin version of Bowie's 'Rock and Roll Suicide' performed with a hangover. 'Caravan Holiday' tries to be intrinisically and inexplicably intelligent in the way that Ray Davies was with the Kinks but ends up being blatantly and inexplicably stupid in the way that, well, Kelly Jones is with the Stereophonics. Throughout the album, one senses that Kelly is attempting to rediscover his childhood hero Van Morrisson or that his vinyl copy of Neil Young's 'Harvest' has been playing at the wrong speed all his life.

Contrary to their advertising campaign this actually IS the Stereophonics going country. This IS their acoustic album. And bloody horrible it is too. Once they were pretentious rock music sadly lacking the necessary overpretentious rock posturing.
Now they're a less tuneful Richard Ashcroft with a throat infection. To all of you going to make rock history at their massive gig in Chepstow: you'd better hope the drugs DO work.