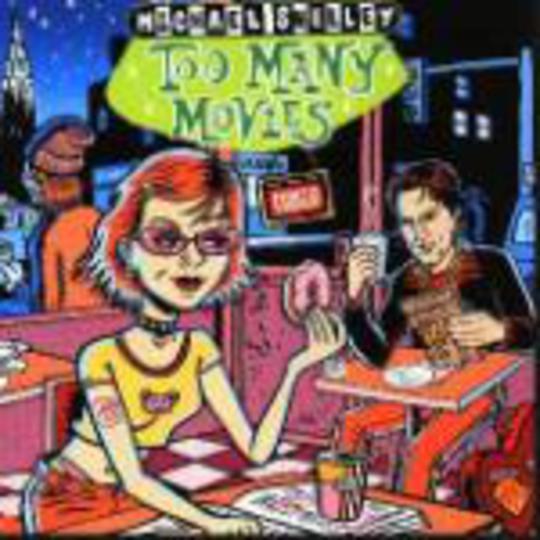 ‘Too Many Movies’, the follow-up to Shelley’s ’99 debut album ‘Half Empty’, is a collection of songs about relationships, a fantastic pop album and a modern day classic. All this and it features Chris Geddes and Stevie Jackson of Satan worshipers Belle & Sebastian!

Whilst most songwriters go for a full on cheese fest when they write about their love life’s, Mr Shelley knows that a relationship has both lows and highs, and opens the album with ‘Baby’s In A Bad Mood’, a superb Ben Lee-esque acoustic number with fantastic sing-along-lyrics like: _“Well it could have been something at work, or maybe a call from her mum, it could have been the little things, you know they add up if your not careful, So I’ll sit on the sofa and I won't pick a fight, cos baby's in a bad mood tonight." _

The other twelve tracks are all brilliant, but my personal favs are ‘You Were Made To Break My Heart’ a two minute (and one second) duet, with Country star Laura Cantrell, with more beautiful lyrics which you can quote to your other half to make them go all gooey, it works kids, try it: “The moon was made to light the sky so lovers can go walking, the sea was made for skinny dipping and sending notes in bottles, the earth was made to spin around, the sun was made to shine, and you were made to break my heart.” ‘Surfer Joan’ and ‘The Girl With The Light In Her Eyes’ are probably the two most upbeat songs on the album. With their Beach Boy-esque harmonies, handclaps, and shakers, they’re perfect summer pop songs that would make the most miserable of bastids grin. As you should know a perfect pop album wouldn’t be complete without a throwaway song and that’s where ‘That’s Where The Plaque Is’ comes into play, though “You should always brush your teeth” is very good advice, as is “Buy Michael Shelley’s ‘Too Many Movies’”