Songs From An American Movie, Vol. Two: Good Time For A Bad Attitude 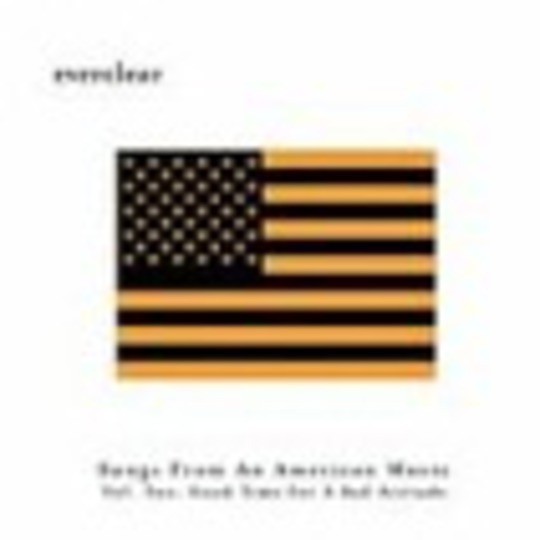 'Heavy riffage, fuzztone explosions' and 'loose cannon guitars' dominate this album, says the press report accompanying Everclear's follow-up to last year's disappointing Volume One: Learning How to Smile. The report notably neglects to mention, however, Art Alexakis' decision to spit on his past and churn out the most unoriginal shite of his now depressingly stale career. I've listened to Good Time For a Bad Attitude at least five times over and have finally come to the conclusion that there is absolutely nothing new here whatsoever. Everclear's reason for releasing one sugar pop, one heavy rock album, rather than morphing the two into a double CD, is now painfully clear: Volume One + Volume Two = So Much For The Afterglow (1997's career-high LP).

Had Good Time For A Bad Attitude been Everclear's debut there would really be very little to complain about. Songs like All F**ked Up are simple, catchy bursts of raw energy, while Out Of My Depth reminisces of the trio's vastly superior country-influenced album, Sparkle And Fade. Furthermore, a new band's lack of experience might just about excuse the devastatingly poor lyrical content. I call to the stand track four, Rock Star:

I don't want to be an almost was

I don't want to be a white trash Working class chump

I don't want to be a loser anymore

Any attempt on Everclear's behalf to justify lyrics like that simply by waving the giant white Irony flag is dubious at best, not least of all thanks to Learning How To Smile, that pop album, just having passed the one million sales point. The sad fact is that Art did used to be a loser geek, crazy with an evil streak, and when he was he wrote songs like Heroin Girl. It made his music good, and gave him the kind of dismal outlook on life vital when coming up with titles like Why I Don't Believe In God. He used to make disparaging comments about 'California Kings', begging the question What makes you think you are better?, and he used to direct all the fury he'd built up during his admittedly troubled life into crafting powerful and emotional songs. Now, it seems, the anger has died out.

Every single guitar hook is completely recycled, every chorus echoes former good intentions and genuine rage. If you thought Learning How To Smile was bad avoid this like the plague. What Volume One lacked in depth it at least partially made up for in originality, exposing Everclear's ability to diversify and try new styles of music; Good Time For A Bad Attitude, meanwhile, is nothing but a bad pop album that uses distortion pedals to disguise its feeble musical merit. Kurt Cobain would be turning in his grave.