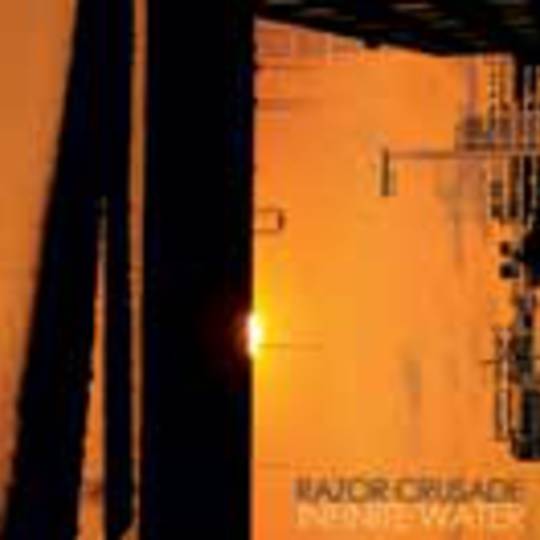 ‘Oh Snapcase, where for art thou Snapcase?’ Coos the progressive hardcore community, left deserted and abandoned after subsequent efforts failed to live up to the mind-blowing excellence of ‘Progression Through Unlearning’. It's an album that could have revitalised much of the hardcore landscape back in 1997 had the band themselves not fading away in a blur of wasted opportunity, brushed to the side by a scene unwilling to allow them another chance to re-claim groove-oriented rock as a means for intelligent, thoroughly absorbing musical progression.

So then, time’s ticking on and it’s without further ado that we welcome Razor Crusade *to the stage. These intropective Dutch types fit perfectly into Snapcase’s shoes having taken a huge step forward from last year’s acclaimed _‘Are You Wired?’_ EP. Their new material is ten times louder, phater and _juicier, _offloading huge bulging slabs of *Helmet-esque riffage and spinning them around taut, angular rhythms with a curious pop mentality. Tracks like _‘I Wish You Were Here’ _and _‘Infinite Water’ _mark such a departure from the usual bricks ‘n’ mortar aggression that most of the scene aspires towards, whilst also creating a surprisingly well-rounded feel to the disc. Influences are patently diverse as the brooding elements of *Dag Nasty, Helmet *and *Boy Sets Fire *are all melded cohesively into a formidable, wholly engrossing formula that sets Razor Crusade as a real creative force to be reckoned with.

Such a varied style is augmented by the introduction of new-boy vocalist Ivo Janssen who replaces Sebastian’s blowtorch-to-the-ass screaming with a much more meaningful and distinctive holler, integrating some awesome sweat-breaking melodies in a way most other frontmen can only dream of without sounding pretentious.

As such it's a record more than capable of bridging the gap between punk, metal, old-school and post-hardcore fans alike, and if there’s any justice in this world it should see them go a long, long way indeed.