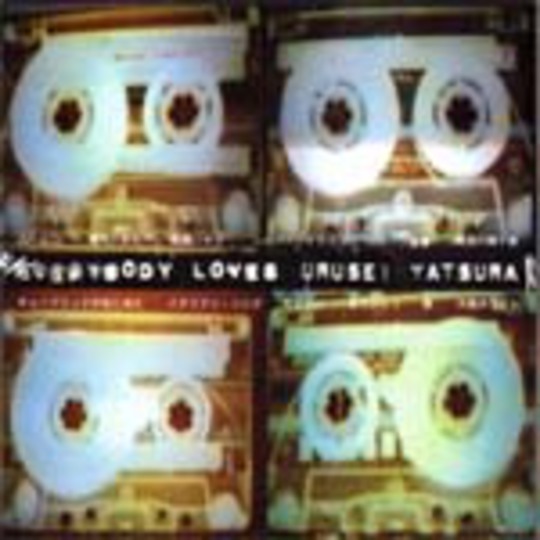 I got into this band when I first heard their previous album Slain by Urusei Yatsura, a record which more than lived up to it’s name. Like Sonic Youth trying to be the Sex Pistols, it combined all my favorite things about music into one glorious whole, taking infinitely mosh-able pop songs with knowingly clever lyrics and burying them under a hail of righteous guitar fuzz – it totally rocked my world.

Their recently released follow up, Everybody loves Urusei Yatsura, is a far more low key and less immediate affair, and anyone expecting the rock n roll explosion of hits like Hello Tiger will be severely disappointed, but those who dug Yatsura’s lyrics and style in the past will find getting into the new album a thoroughly rewarding experience.

The only real signs of the Yatsura of old are the obvious single Louche 33 and the fuzztastic Silver Dragon, and while the rest of the album is still far from quiet, the killer guitars are somehow more muted than they used to be, and more emphasis is placed on increasingly subtle song structure and above all, the lyrics.

In fact, the maturation of the band’s songwriting is immediately evident. No longer do they feel the need to make their tone sneering and ironic, and the less aggressively self-confident sound gives the songs a new sense of honesty. Even their former obsessions with tongue in cheek teenage murder and Japanese kitsch have matured into a unique perspective on the 21st century, as revealed in songs like Uji Bomb, the lyrics of which contain a lot more depth and interest than most of Yatsura’s competitors in the indie-noise market.

In a music-scene where words often become a second thought, and so many bands have such a limited vocabulary, it’s a joy to hear lyrics like (if I may quote);

You can get a warhead for a nickel now

God knows how many we got through

Your children are dust now”_

Other songs of interest include Kubrick in Town, one of the quieter tracks, a bizarrely uplifting ode to Stanley K’s cinema which could be accused of straying into the territory of more pedestrian, mainstream bands, thought it’s difficult to imagine Coldplay starting a song:

What do you get if you stab a baby?”_

Although often focussing on such unsavory matters (and did you expect anything less from the people who brought us Slain By Elf?), the overall tone of the album could be described as “grudgingly optimistic” and while the penultimate track Thank You goes out on a triumphant chorus of “This is the last line I will ever sing you”, Sores, the album’s stunning acoustic closing statement, advocates an acceptance of the new media-saturated century and quietly anticipates a brighter future.

Sadly though, the commercial future of Urusei Yatsura is looking far from bright. This record deserves a lot more recognition than it has achieved, having been mostly ignored by the media and music fans alike. Unfortunately, I think the blame for this can be at least partially attributed to the band themselves. Obviously I’m not suggesting they should make their music more commercial – they’re a resolutely left of center band and they always will be – but they really don’t do themselves any favors. This album has been released on their own poorly distributed label with no advance publicity (I myself, a bigtime Yatsura fan, only found out about it the week after its release). It’s even got a deliberately dull cover design and, instead of a proper case, the CD comes in a dopey cardboard packet designed to recreate an LP sleeve. It’s almost as if they’ve designed it not to sell, which is a real shame, as it truly deserves to be heard.

Also, I ask of the band, what happened to I’m Vexed and Planet of the Skulls, two terrific tracks which have only appeared on the B-side to the Louche 33 single, though they were easily worthy of inclusion on the album?

Lo-Fi credibility is one thing, but I really feel they’ve shot themselves in the foot with this one. Urusei Yatsura are now hard pressed to find a place within the Scottish music scene, lacking both the chart success of Idlewild and the critical acclaim of Mogwai or Arab Strap.

However, I’m not writing a marketing essay here, and such concerns have nothing to do with the quality of the music, which remains superb throughout.

More than ever before, Yatsura are a kick ass band making kick ass music that’s still able to get you air guitaring, but with their new found sense of artistic purpose, it’ll also get you thinking. Take a chance on this album – after a few listens it’s more than worth it.