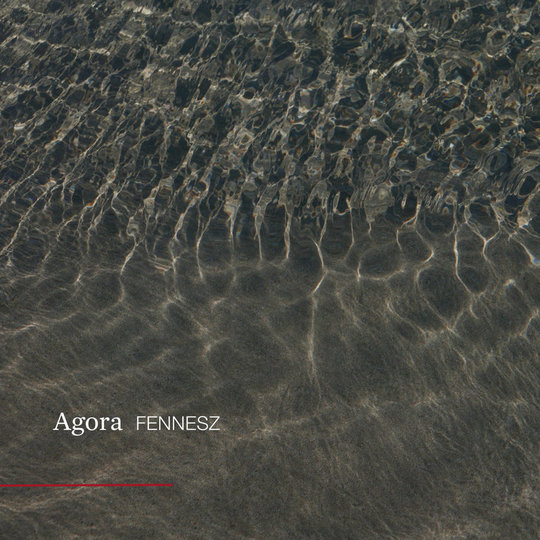 Christian Fennesz is a hero to fans of minimal electronic music. Since 1997 he has crafted and created soundscapes that feel euphoric and melancholy at the same time. And it’s hard to know where to start in order to explain him. The same is true of this new album Agora. At times it is ethereally forlorn and at others defiantly joyful delivering some of the most uplifting pieces of music this year. But to understand the album, you have to understand how it was created.

Shortly before Agora was recorded, Fennesz lost his studio and had to move all his equipment back to a small bedroom in his flat. This meant recording on headphones, rather than letting the music roll and cascade around him. At first he found it frustrating, but as the sessions continued he started to get reminded how he used to record in the Nineties. ‘I used very minimal equipment; I didn’t even have the courage to plug in all the gear and instruments which were at my disposal,’ Fennesz said. ‘I just used what was to hand.’ This recording process works incredibly well as Agora feels like a distant cousin to his early recordings, but still exudes the skills and balance of his later work.

Fennesz is a master at his trade and like Gian Lorenzo Bernini who chipped, sanded and delicately removed layers of marble to create something awe inspiring and ultimately captivating, Fennesz does the same with dense swaths of static and feedback. He uses lighter tones to cut through this fug of noise, thus creating elegant melodies and hypnotic motifs. There is something beguiling about these compositions. At first they feel like they are made of obsidian and impenetrable. No matter how you look at them, they offer no way in to their complex maze of sounds and tones, but after a few listens they start to show entry points and sound warming. ‘In My Room’ is a prime example. From the opening tones it feels like its exploration is pointless, but after a few listens you find a hole and enter its murky maze, which reveal one of the most life-affirming moments of 2019 so far. Agora really comes alive with the title track though. It is 12 minutes of swirling synths and droney guitars. On the surface it feels like there isn’t much going in, but just below the deep drone there is a lot happening. Tones are tweaked, pitch is lowered, bass is momentary added to create something that is moving and feels alive, rather than just a collection of musical instruments that were close to hand. Songs like this demonstrate why he has been at the fore of minimal electronic music for the past 20 years.

As Agora was created using headphones, it shouldn’t be a surprise that the best way to experience it is by listening to it on headphones, especially when you are tired, but not sleepy. This might not seem like the best time to listen to an album, just before you go to sleep, but it really adds to the experience. As you aren’t fully awake you are more in tune with the lurid drone of its four tracks and much more malleable in being gently pulled this way and that. As the luscious waves of guitars and harsh synths wash over you, you are transported to a place where popular music is completely different to the world we live in. Pop never became the dominate force that it is, instead brooding instrumental workouts are the king. This is an album that is full of glorious melodies, harsh noise and field recordings. Agora is the strongest, and most cohesive, album that Fennesz has released in over a decade, and that is no mean feat.