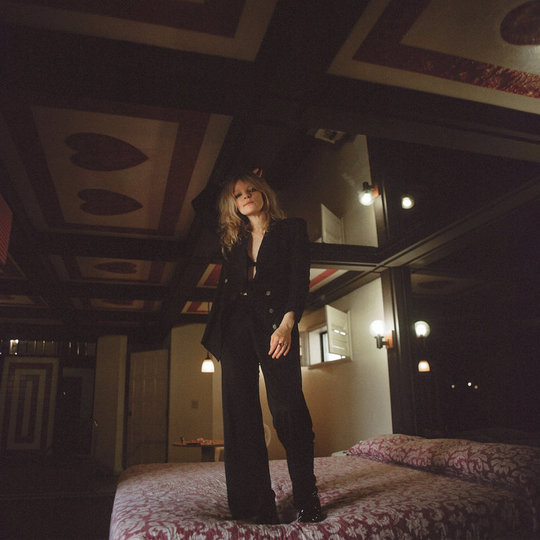 Music that sounds unfinished can summon deeper revelations about yourself. The kind that would otherwise slumber within the subconsciousness: dreams, memories, premonitions, déjà vu. Take Connie Converse’s recording of ‘I Have Considered The Lillies’: beyond the lo-fi sound of her voice and guitar, the track’s animated strut masquerades this Macy’s Day Parade type of scene with marching bands, horns, costumes, and festivities. Hypothetically speaking: if the song was indeed recorded as such a blustering affair, our imagination might have been stifled if not stopped altogether. Its strength – even as a delightfully artless rendition – lies in what it suggests.

Jessica Pratt’s work holds a similarly prismatic power. Her new album Quiet Signs promised a more collaborative studio approach, which would suggest a slightly more polished effort. Upon hearing the first pensive notes of ‘Opening Night’, I’m quite relieved this isn’t the case. On the contrary even: the Los Angeles-based musician manages to sound even more sheltered and Delphic than before. And that’s a good thing. The minimal instrumentation surrounding her wispy voice and gossamer strums sounds faint, existing only in the ear’s outer periphery. If anything, these melodic elements feel more textural, a natural ambiance that magically attunes itself to Pratt’s songs.

The organ shades on ‘Fare Thee Well’ totter along loosely, as if someone plays them next door from Pratt’s room, deciding to join in ad hoc. The song sounds as if it’s conceived in the same humid, cobblestoned Mediterranean scenery as Leonard Cohen’s ‘So Long, Marianne’. At the same time, its delivery and chord progressions recall the guileless levity of a Carpenters song. Indeed, by expanding the sonic palette and obfuscating the acoustics further, Quiet Signs often sounds like you hear familiar pop staples in their most eroded states. With its sweeping soft-rock flute flourishes, ‘Poly Blue’ sounds like a remnant of Pearls Before Swine’s The Use Of Ashes. ‘This Time Around’ is both sweet and forlorn, swaying like a scrapped take in a Wall Of Sound-recording stripped clean of its maudlin melancholy.

Despite its economy and modest conception, Pratt’s insistence on chiseling away as much as possible from her songs – but maintain their emotional core – actually adds to their mystique. To contrast this approach with recent record by artists like SOPHIE and Low, who made records that stretch pop’s parameters in laborious fashion: there is something to be said about a record like Quiet Signs, which finds its maker willingly dwindle and fade within the corporeal world’s fog and decay. It may be an old fashioned idea, sure, but it’s one that will undoubtedly age well.