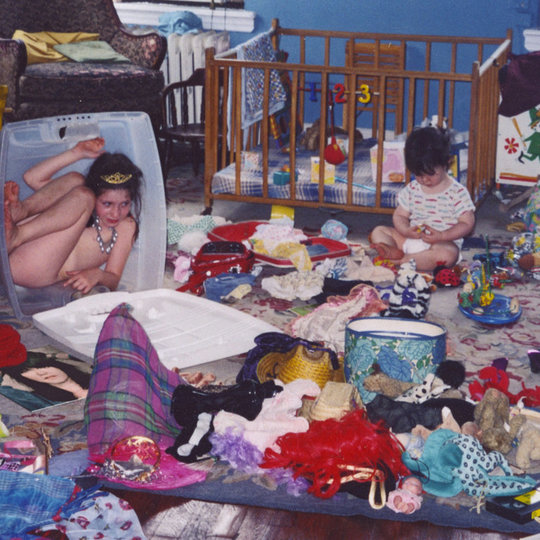 It’s hard not to like Sharon van Etten. The New Jersey-born singer-songwriter exudes a very natural, laidback kind of charm, both on stage and on record. It’s not everyone that could get away with closing a frequently heart-wrenching album like 2014’s Are We There with a song that featured a memorable line about the intimacy of taking a shit in one’s partner’s bathroom. That down-to-earth nature is at the heart of Remind Me Tomorrow, Van Etten’s fifth record and her first in nearly half a decade. Having recently become a mother, and with her days increasingly populated by a wide variety of other non-musical commitments (from studying to acting), Van Etten’s got a lot on her plate. It feels utterly fitting – and totally true to form – then that her new album is named after the button one clicks when putting off anything from software updates to to-do list memos on a Mac. I usually click it a minimum of ten times a day.

Remind Me Tomorrow is not a weary record, just one that calmly accepts the impossibility of doing everything, all the time. It’s noticeably less focused on heartbreak than previous works, tellingly opening with the line “Sitting at the bar I told you everything / You Said, ‘Holy Shit, You Almost Died’”, as if to warn listeners that they shouldn’t expect another album thematically dominated by lovelorn regret. The new, synth dominated sound that prevails throughout most of the album is equally powerful in this respect. Propulsive lead single ‘Comeback Kid’ is the sound of the fragile guitar-led arrangements that took centre stage in Van Etten’s early work being drowned out by a house party down the road.

Despite these changes there is still plenty of intimacy here. Remind Me Tomorrow grants access both to Van Etten’s joy at her newfound domestic bliss and to the new, more peaceful self-reflection that now provides the fulcrum of her songwriting approach. The soaring ‘Seventeen’, the record’s most immediate standout track, features Van Etten musing on adolescent uncertainty from the vantage point of stability. The droning ‘Jupiter 4’ contains an earnest, but heartfelt, declaration of what separates her situation today from that of her past: “Baby, baby, baby, I’ve been waiting, waiting, waiting my whole life for someone like you”. In another pleasing wink-and-nudge moment the track is named after the synthesizer, borrowed from actor Michael Cera, that has provided much of the album’s sonic character.

The sense is that Van Etten has been waiting not just for the “for real” love of her current relationship, but also for the opportunity to release an album this spacious. During its peaks – the glorious trip hop influenced pair of ‘Memorial Day’ and closer ‘Stay’ deserve mentions here – Remind Me Tomorrow gives the impression its creator has all the time in the world. To call the album ‘relaxed’ would be misleading (it’s still too lyrically direct for that), but it meanders along contentedly rather than throwing one heavy emotional punch after another. This does cause the odd problem. The trio of ‘Nobody’s Easy to Love’, ‘You Shadow’ and ‘Hands’ feel rather underdone and the jaunty ‘Malibu’ gets a little lost coming directly after the particularly compelling central duo of ‘Jupiter 4’ and ‘Seventeen’.

How far the record succeeds is probably down to whether individual listeners valued Van Etten’s previous records for their honesty or, not unreasonably, as reservoirs of emotional support. Remind Me Tomorrow isn’t as consistently captivating as Tramp or Are We There, but it’s nonetheless a delightful return, one that gives us a new (pleasingly less traumatic) window into Van Etten’s world.