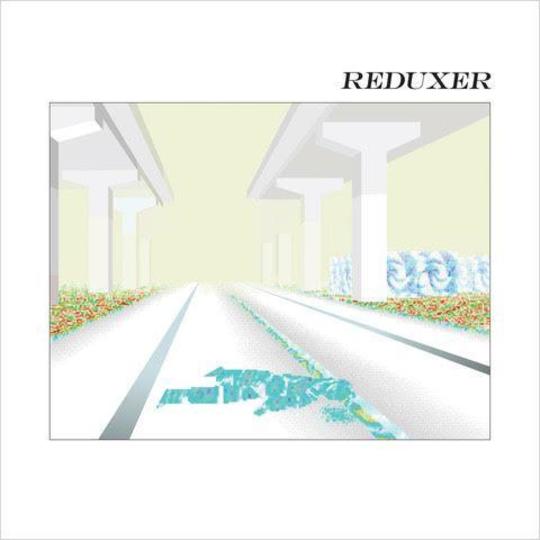 In spite – or maybe because of – their popularity, alt-J make the kind of music that can be best described as ‘polarising’, often making bizarre creative choices, apparently simply for the hell of it.

Since their debut Joe Newman and his fruitful collective have successfully managed to insinuate themselves quite forcefully within the UK pop culture landscape and beyond. Harvesting a divisive sound that has already inspired legions of poor Soundcloud band imitators, supplying listeners with sleeky and fetching rhythms is part and parcel of alt-J’s DNA. Last year’s Relaxer married their sonic wayfaring with multifaceted minimalism, introspective lyrics, and experimentalism steeped in a deep degree of wanderlust. Newman himself described the project as ‘a great landscape eliciting different emotional reactions.’ And so, with Reduxer, a remix album, the band embark on new frontiers by adding a spirited hip-hop feel to their already teeming fold.

Most remix albums tend to fall astray at the moment of conception. Pangs of chagrin accompany any critic who was assigned the task of reviewing Limp Bizkit’s New Old Songs, and even more so for the people who actually shelled out money for the release. But on paper the remix genre suits alt-J perfectly - a band who relish in the art of manifold collaboration and making smouldering, infectious tunes with an impenetrable layer of pathos. The first single off the album, a reworking of ‘Deadcrush’, features not only the production braintrust of The Alchemist and Trooko Version, but the always animated presence of Danny Brown rapping in bombastic fashion. ‘Deadcrush’ fuses funereal tones with a harrowing treatise about the carnage caused by the CIA introducing firearms and cocaine into black communities. To varying degrees in scope, topical provocation is at the core of every alt-J release.

One of the most satisfyingly provocative moments of Relaxer was alt-J’s completely asymmetrical, operatic rendering of ‘House of the Rising Sun’. Here the song is administered in an even more ass-backwards configuration, with warbly synths supplanting the strings and centering the focus around the hushed soliloquies of Australia’s own Tuka. But a more indelible moment comes with the inclusion of Little Simz on a tranquil, acoustic version of ‘3WW’. When coupled with Newman’s drifting vocals, Simz’ punctuated cadences makes for a vertiginous listen. One of the most fascinating aspects of Reduxer is witnessing how Newman and company manage to operate in comfortable confines with other voices now in their orbit. The revised versions still have the full brunt and simulacra of their predecessors, but in many cases they blossom to their full potential with new players enriching the fold. A rendering of ‘In Cold Blood’, featuring the dynamic street hustler poetics of Pusha T, with its lush bass-centric soundscape and overdubbed vocals makes for a sweeping take on the original.

Featuring Paigey Cakey and Hex, ‘Adeline’ commences in trailblazing fashion with a miasmic, nocturnal instrumental, but fizzles out due to too many artists firing in different directions, all the while lacking a cohesive artistic vision for the song - a common symptom of hip-hop posse cuts. ‘Last Year’, featuring GoldLink, warrants a similar conundrum, a messy slapdash of disparate parts that never materialise into anything interesting. It’s in these moments that it becomes painfully clear that hip-hop in form and function does not readily lend itself well to the slow churn of alt-J's typical instrumental palette. But for a band that makes sport of traversing the off beaten path, the moments when their itinerant style wholly synthesises with their guests’ assorted gifts, the result is sensational, like the cooled and velvety remix of ‘Hit Me Like That Snare’ featuring Rejjie Snow.

While far from hip-hop maestros, alt-J are going to continue to poke and prod at our collective conscious until they tire of making a spectacle of the outlandish. Who knows, maybe an album full of re-worked holiday jingles is on the cards.