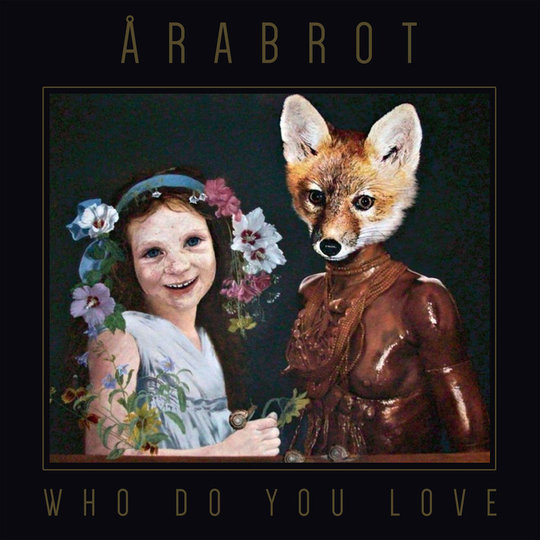 There aren’t any other bands like Årabrot. I say this not so much to draw attention to a uniqueness of sound (the musical touchstones are relatively clear) but to the idiosyncratically distinct manner in which Kjetil Nernes and his cast of collaborators have put their various influences together. Holding everything together has always been Nernes’ genuinely unique vocal style, which alternates between a sneer and a bark (and which, thankfully, has fully survived a throat cancer scare from 2014).

It’s this voice that has always been at the forefront of Årabrot’s sound, much to the frustration of some and the delight of others. However 2015’s career highlight The Gospel represented a new direction undoubtedly, a softened approach that was – bar Nernes’ voice – at times unrecognisable as the same band that had previously delivered such caustic noise rock gems as 2009’s The Brother Seed or 2011’s Solar Anus. Now operating firmly as a “true Norwegian art rock” outfit first and foremost, inevitably Who Do You Love raises something of a quandary. How far, one might reasonably wonder, can Årabrot’s progression continue with Nernes dominating the vocal proceedings?

The answer is provided by the fact that two of Who Do You Love’s highlights are sung by Karin Park, who – aside from being Nernes’ wife and Årabrot’s resident keys and synths player – is a notable singer-songwriter in her own right. Her lead vocal contributions on ‘Pygmalion’ and ‘Songs and Daughters’ are proof that the new Årabrot will not simply be a toned-down, prettified version of the bombastic sludge rock of old. Instead this is a band now comfortable operating with a whole new sound, one frequently reminiscent of latter day Nick Cave & The Bad Seeds.

That said, those hoping for a few noisier detours won’t be disappointed. ‘Maldoror’s Love’ and ‘The Dome’ kick the album off in pulsating fashion, loosely reminiscent of Gnod (whose bassist Alex Macarte has become an established part of the Årabrot family) at their most groove-centric. ‘Warning’ and ‘Loose Dagger’, meanwhile, are reminiscent of the unhinged Årabrot of old, the latter in particular wielding an enormous Melvins- esque riff like a deadly weapon. Perhaps the most impressive track here, however, is the most unexpected: a stunning rendition of traditional African American spiritual ‘Sinnerman’ – most famously recorded, of course, by Nina Simone. Nernes tackles this classic song with his typically off-kilter vocals, backed chiefly by a militaristic drumbeat. It’s an unforgettable demonstration of Årabrot’s endless capacity to shock and amaze in equal measure.

To be fussy for a moment, it’s worth emphasising that Who Do You Love might not be quite a match for its predecessor. The Gospel is a more immediately captivating listen, whereas Who Do You Love occasionally flatters to deceive. The sequencing is a minor problem, with the second half of the album containing four tracks over five minutes in length whereas the first contains just one. This makes the record feel slightly unbalanced on first listen. Nonetheless, despite these minor misgivings and the (altogether more serious) infuriating missing question mark from the album’s title, Who Do You Love is yet more proof of Årabrot’s status as amongst Europe’s leading alternative rock acts.