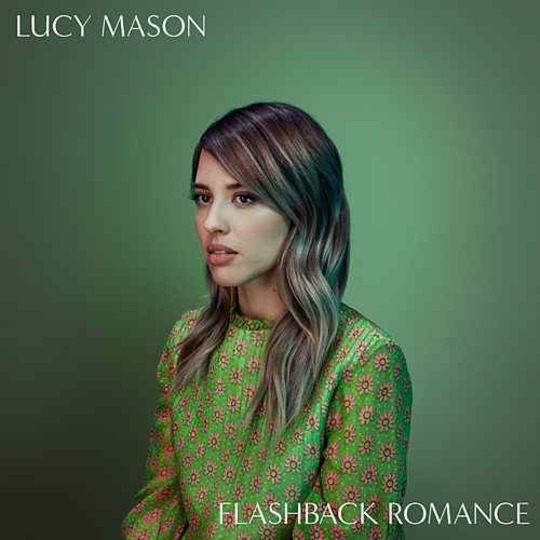 Lucy Mason, an Australian singer-songwriter with dream pop leanings, is releasing her debut album Flashback Romance in halves, with the first part, Side A, out today. Splitting the album is a bold concept and the cassette-esque format harks back to Mason’s original inspiration for the album, a hazy nostalgic look back at the past.

The album (or EP?) opens with ‘Out of the Blue’, a hazy, slow-burning track which builds gradually. The layered melody is stunning, shimmering like heat haze, and forming a film over the lyrics, which are a little lacklustre. “Last summer, we stayed up all night/ just talking about nothing/ we knew all of the time wasn’t wasted” are reminiscent of teenage diary scrawlings.

‘Flashback Romance’ is a highlight of the record, playing on a simple formula to achieve magnificence. The atmospheric piano backing is perfectly matched with Mason’s vocals, and the disjointed lyrics echo the complicated sentiment of the song, as Mason voices that she’s “still waiting for help to arrive” in order to process her thoughts.

The third track is a cover of Radiohead’s ‘High and Dry’. It song starts like an audition for the John Lewis Christmas advert backing advert, but takes form a few minutes in, as Mason adds her signature harmonies and sonic texture. This might be one that takes a few listens to get to grips with, but is a real grower.

The final track, ‘Kids That Night’, is full of aspirational energy, but a little like ‘Out of the Blue’ is heavily reliant on a repetitive chorus. It’s good but not groundbreaking. Overall, the first half of the record is good sonically but needs more detailed lyrical thought. Songs like ‘Flashback Romance’ are more memorable and leave more of a mark than others on the tracklisting, and it would be great to see more of this style featured in the second half of the record, when it’s released.