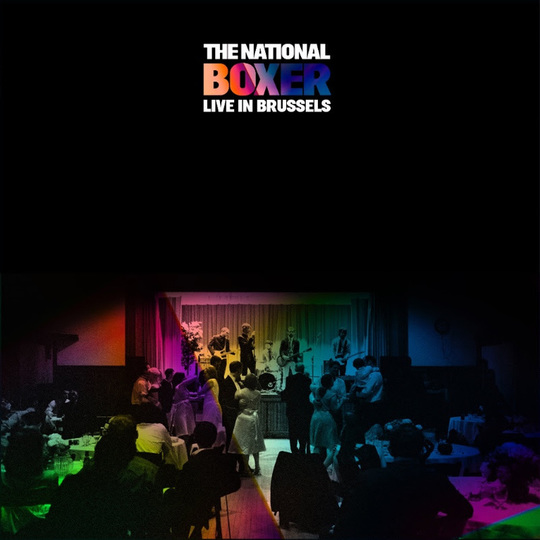 There wasn’t much in the way of fanfare.

A day before the show – which came in the thick of a hefty European tour – The National tweeted out an image of the artwork for their seminal Boxer, mocked up so that it said ‘Brussels’ instead. And then, the next night, they played it, front to back.

Why Brussels? Why not is the answer, you have to suppose; they could’ve done this anywhere. The purpose became clearer earlier this year, when it was confirmed that it hadn’t happened on a whim; instead, it was always intended for a Record Store Day vinyl release. There’s plenty of reasons to take a dim view of what is ostensibly the world’s biggest annual celebration of old-fashioned shops and old-fashioned wax but the only one that’s relevant here is that when genuine one-offs are only made accessible in-store on that arbitrary day in April, lots of people miss out.

You might live miles from your nearest indie, you might be trampled in the online rush when the shops do finally put their leftover stock up on their website, or you might just think, not unreasonably, that camping outside the night before to ensure that you can pick up the releases you’re after is the behaviour of an untold not-right. Whichever scenario you find yourself in, 4AD appear to have bowed to fan pressure and made Boxer Live in Brussels available on CD and digitally for the first time.

So, now, we all get to be at Forest National on the ninth of November last year. The immediate question is to why Boxer was the record to get this treatment, beyond the fact that if you took a poll, it would probably just about nudge ahead of Alligator as the fans’ favourite. The thing is, The National on stage are, and always have been, a very different proposition to The National on record. Look no further for proof than this album’s standout, ‘Squalor Victoria’. First-time listeners to Boxer will hear a simmering rebuke to nine-to-five inertia.

Anybody who’s seen this band live will feel as if the studio version comes to a close just as it’s getting going. After Matt Berninger snarls “this isn’t working, you my middlebrow fuck-up”, the whole band explodes; one Dessner attacks the guitar, and the other delivers a fraught piano line. Behind the kit, Bryan Devendorf oversees a controlled collapse. The brass section swells. Berninger’s impassioned screeches put the seal on it.

‘Mistaken for Strangers’ follows similar thematic lines and sounds equally spiky. ‘Fake Empire’, the opening track that by some estimates is the band’s best-known by virtue of it serving as a de facto anthem for the Obama campaign a lifetime ago, comes to life late on, thanks to a lively turn from the trumpets. Ultimately, though, you can’t help but feel that just because everybody loves Boxer doesn’t mean that it was the National LP that deserved the live release treatment. You find yourself pining for the panoramic drama of High Violet – we’ve all seen that chaotic live take on ‘Terrible Love’- or the controlled nuance that Trouble Will Find Me so deftly dealt in. The back half of Boxer Live in Brussels is slow and measured – great if you were there, but uninspiring after the fact.