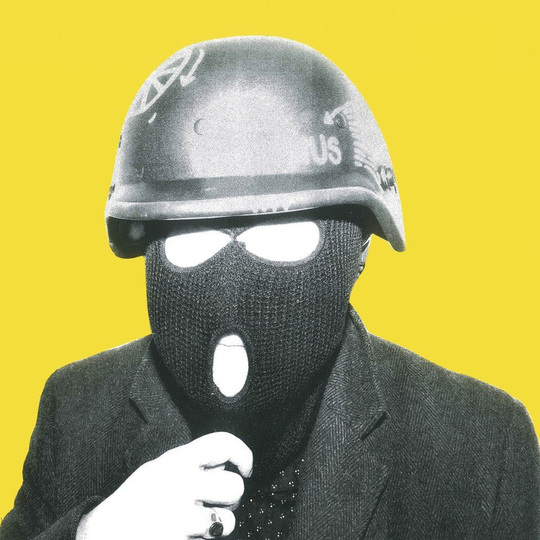 As this decade progresses into its final third, after endless proclamations (some justified) that ‘guitar music is dead’, there are a small handful of bands (for this writer's money, at least) who have stood head and shoulders above the rest proving it's as valid and necessary as ever. One is Protomartyr, an intelligent, artful, creative and dominant American guitar-led indie rock band who have consistently bettered themselves as the decade, and their careers, have progressed, similar to the likes of Parquet Courts, Fucked Up or Self Defence Family.

Last year, Protomartyr released their fourth full-length album, Relatives in Descent, their best from an already incredibly impressive oeuvre, and for many (myself included), last year's album of the year, or at the very least featuring on many publication's end of year lists. Now, a year later, one of the band's many esteemed fans Kelley Deal of The Breeders has collaborated on Protomartyr's latest material, a small selection of songs that were written just before Relatives' release, recorded in Dayton, Ohio along with Deal's R. Ring bandmate Mike Montgomery. Deal has been a long time noted fan of the band, having also recorded a split single with R. Ring in 2015 ‘A Half of Seven’, and they seem something of a match made in heaven based on this EP.

Consolation may only be four tracks clocking in around 15 minutes, but it remains just as impactful as any of their long-players. Opener 'Wait' initially sounds remarkably similar to the already released 'Wheel of Fortune', but once its lead guitar line kicks in it pretty quickly becomes established as it's own entity. Protomartyr's amazing ability, to borrow a term from a fellow current innovator in punk-rock music, to write "Epics in Minutes" is quite astounding. 'Wait' is only two minutes and ten seconds and yet it is a riptide, washing the listener away with immediate and devastating effect. Following closely along is the moodier 'Same Face in a Different Mirror', displaying the band's talent for creating the kind of atmospheric post-punk that made bands like Joy Division such a notoriety.

In the EP's second half, however, Deal joins in with her vocals, and things really kick off. The aforementioned 'Wheel of Fortune', for instance, is a classic display of a band on the very top of their game by adding another entry into their extremely high-regarded canon. The ferocity with which Joe Casey delivers the line "I DECIDE WHO, LIVES AND WHO DIES!", which Deal backs, is really quite startling. Part of what makes Casey such an engaging frontman is how every inch of his delivery is really felt as well as heard. Deal perfectly compliments Casey's vocals here, which makes this far more than some collaboration for the sake of the name, this is a passion project for the two, plain and simple.

Finale 'You Always Win' which also features Deal, shows a depth of instrumentation that is new even for Protomartyr, as we are treated to a Cello, Viola and Bass Clarinet suite in the track which like Deal's vocals, compliment the rest of the band's supreme playing rather than tripping over it. As Fucked Up, for instance, have displayed, orchestral instrumentation and punk music not only can work but in fact should be encouraged to experiment with more, so it is very pleasant to see this already very excellent band do exactly that in yet another display of the band topping themselves. It will be interesting to see where Protomartyr go from here and if they can sustain this incredible level of output, but if nothing else, Consolation gives hope that this band will continue to be the real deal (pun intended).