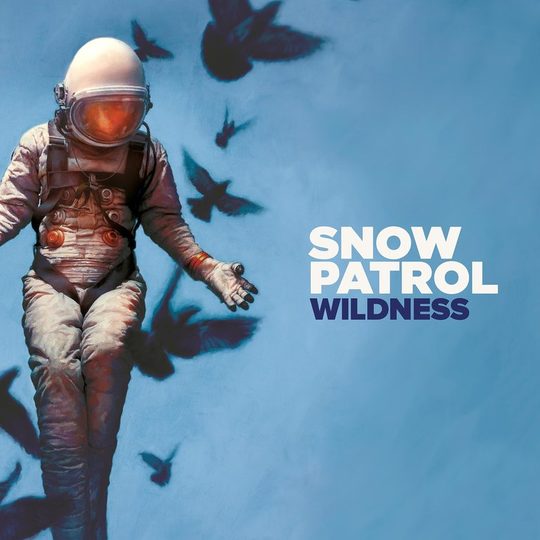 Snow Patrol, once such a mainstay of the UK music scene, has been notably missing in recent years, with writer’s block cited as the main cause for the absence. In 2012, Gary Lightbody told NME that the band had scrapped an album’s worth of music which had been replaced by ‘mind-boggling’ material, but the extension of time between the band’s last full length LP in 2011, and the upcoming release of Wildness, is likely to make the band’s long-term following approach the record with trepidation.

The band’s seventh studio album is a strong improvement on its predecessor, Fallen Empires, and opens with the fantastic ‘Life On Earth’. The opener begins quietly and builds to a triumphant resolution. The band’s signature singalong potential is there; the rousing lyrics coupled with simple instrumentation are definitely a winning formula here.

The lead single from the album, ‘Don’t Give In’, follows on. This track is one which appeals to me less from the album; Lightbody’s vocal style is a little raspy and it’s lyrically clunky. ‘Heal Me’ is a good song, but perhaps not a highlight of the record, and ‘Empress’ is more upbeat.

The album really comes into its own in the later half of its relatively short timespan. I love the acoustic, almost Timberlake-esque opening and playful, relaxed composition. The contrast with the orchestral chorus is a really interesting songwriting move in this track. This is definitely a high point of the album and an exciting side-step into new territory for the band.

‘What If This Is All The Love You Ever Get?’ is another stand-out point, and sounds a little like ‘You Could Be Happy’ pt. II. I think the balance between emotion and sentimentality is struck really well here; the song tugs at the heartstrings but without being too overwhelming or insincere. Lyrics like: “What if it hurts like hell? Then it’ll hurt like hell/ I’m in the ruins too, I know the wreckage so well” are just some of Lightbody’s lyrical pearls which embellish this particular track.

‘Youth Written In Fire’ details the spark in a relationship fading, but does it poetically and imaginatively. The harmonies in this song are stunning. ‘Soon’ is a little off the beaten track, and sounds more like a solo track about paternal relationships. It brings variety to the album in its own way. The fiery passion of the first track makes a comeback in ‘Wild Horses’, with the same charging, powerful melodies which have made ‘Eyes Open’ and other albums so emotionally in tune. The closing track, ‘Life and Death’, is contrastingly calm and melodically intricate, scattered with delicate harmonies. It builds to a more intense ending.

Overall, Wildness is a really great comeback record. There are a few dud tracks in there, especially in the first half of the album, but these are more than compensated for by the excellence of the remainder of the record. Snow Patrol sticks to their tried and tested formula quite closely, and it would’ve been good to have seen them deviate from the plan a little more, as songs such as ‘Dark Switch’ show what else they could turn their hand to. But looking widely, it’s a very listenable and enjoyable piece of work.