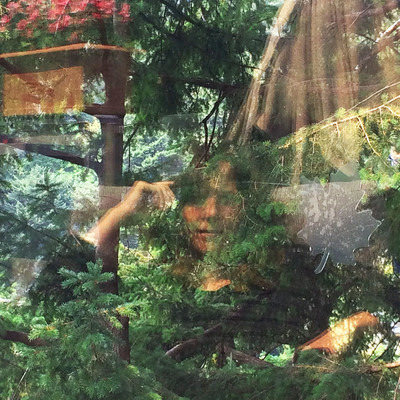 On Jennifer Castle’s new album Angels of Death, her third full-length record under her given name (previous releases were credited to Castlemusic), the Ontario songwriter summons a kindred classical vision of the Muses as domestic familiars intimately in league with death. A sublime meditation on mortality and memory, ghosts and grief, Angels of Death casts a series of spells against forgetting and finality, in the form of mystic-minimalist country-soul torch songs about writing, time travel, and spectral visitations. Castle wrote and recorded this breathtaking follow-up to the acclaimed Pink City (2014) in a 19th century church near the shores of Lake Erie, where her family also lived and experienced a constellation of losses that inhabit these bruised musings. The title track finds Castle wrestling, like Jacob, with the radiant angels of death “hanging in the room,” while she attempts to navigate, or write, her way through the “loopholes and catacombs of time”—the line is borrowed, with permission, from fellow Canadian poet Al Purdy - like Ariadne in the labyrinth, with her spool of silver thread. Real-life muses haunt Angels of Death as well. In addition to Al Purdy, whose verse appears as a result of an invitation from Jason Collett of Broken Social Scene to incorporate a Purdy poem, Castle cites Cuban American artist Ana Mendieta, Didion’s The Year of Magical Thinking, and Spanish artist Susana Salinas (the addressee of “Stars of Milk”) among those whose work served as catalysts. Angels of Death was produced by Castle and longtime collaborator Jeff McMurrich. For fans of The Weather Station, Steve Gunn, Aldous Harding, Joan Shelley, Cass McCombs, Angel Olsen, Judee Sill, Sibylle Baier, Vashti Bunyan and Leonard Cohen.
description from www.roughtrade.com