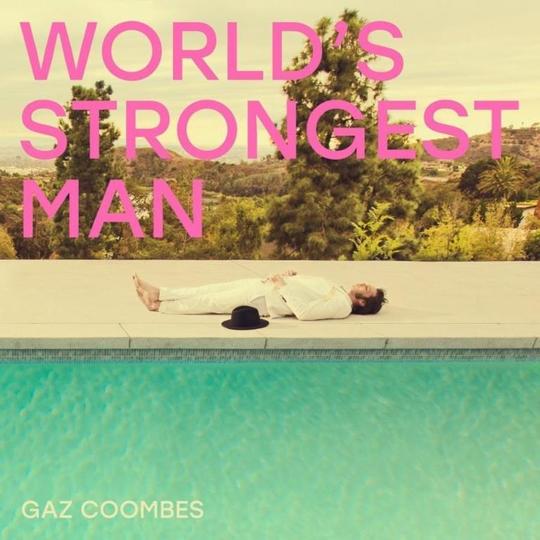 When you’re about to delve into the new material from the former frontman of one of Britain’s best-loved bands, whose last solo album was nominated for a Mercury Prize, you’ll have certain expectations. You’ll conjure up dreamy ideas of what it might sound like, and hastily hit ‘play’ the second you get your greedy little hands on it. And nothing will make you realise how hard it is for an artist to keep up that high standard of scintillating creative output in the long-term more than the sheer mediocrity of their new record; which is exactly the thought that hits you when sampling Gaz Coombes’ latest work, The World’s Strongest Man.

A self-described meditation on masculinity and mental illness, the album was allegedly heavily influenced by author Grayson Perry’s dissection of modern manhood, The Descent of Man, which Coombes read on holiday sometime around halfway through the making of the record (god knows what he had up until then).

Whether or not the lyrics reflect this literary influence and indeed have anything to say about (the very trendy topic of) toxic masculinity and the rise of the alpha male in the #MeToo and #TimesUp climate, is hard to determine, because they’re completely drowned out by the noisy mishmash of genres and styles that are the main motif of The World’s Strongest Man.

All seems perfectly promising on the surface — most of the tracks will probably get you really excited for the first ten seconds or so, as they’ll come crashing into life with pulse-raising bass lines, sexy drum intros and wacky samples. And as you’re sat there panting with excitement in anticipation of that upcoming, earth-shattering climax…the track just ends. The next one begins, and you suddenly snap out of it, thinking, Huh? Did I miss something?

You didn’t — as you’ll soon realise going through track after track. Each and every one of them flat lines shortly after it begins, descending into an exhausted spiral of the same overcompensating backing vocals, electronic loops and loooong, repetitive build-ups that never hit their stride.

Then there’s the issue of the crazy farrago of genres. I’m all for diversity, but once you’ve been through an angry indie rock number, a depressing and depressed folky ballad and a mid-tempo trip-hop thing (none of them ever really landing the genre they’re aiming for), all within the space of ten minutes, the lines begin to blur and everything merges into one hot, desperation-flavoured mess.

In fact, there’s so much going on on this album that you gradually phase out and then suddenly catch yourself in the process of obliviously putting on a beloved song that some small bit of this album reminded you of: U2, Massive Attack, Devendra Banhart—anyone. Anyone to make the blandness go away.

The World’s Strongest Man is a mind-boggling contrast to its emotionally direct, impactful predecessor, Matador, which masterfully played up Coombes’ forte: his tremendous vocals. A low-key affair, it kept the music sparse and consistent, showcasing all the delicate subtleties and characterful nuances that make his voice so moreish. Here, the former Supergrass leader is so busy trying to prove something with his lofty themes and overreaching stylisation, that all of the magic is lost.