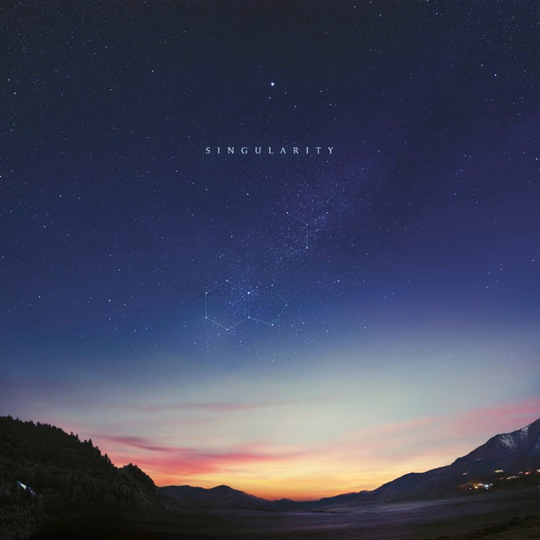 The summer of 2013, for this writer at least, was completely owned by Jon Hopkins’ record Immunity and, perhaps weirdly, perhaps not, Sunbather by Deafheaven. Between the two of them, they had created the soundtrack of an entire season, possibly without even knowing, that many listeners felt were – justifiably - the two-standout records of that year.

So here we are, some five years removed and while Deafheaven have released a record between then and now (and have another due) Hopkins has been relatively quiet since the release of Immunity bar a few DJ appearances here and there. So what excitement it was to hear that Hopkins was finally releasing a follow-up to his landmark record, something many had been waiting for with bated breath.

Singularity, it would be fair to say, comes with a pretty high degree of hype, not only from fans but also Hopkins himself, who waxed lyrical about his advancements in the studio going into it. How noticeable those advancements are is debateable, but what seems irrefutable is the man’s consistency, as while this may not be a massive departure from Immunity, this is still such a satisfying sound half a decade later that it’s still pretty hard to find many faults with.

With Immunity, Hopkins built an immediate legacy of UK based producers along side the likes of Four Tet and Caribou that had a clear crossover appeal outside just the electronic scene. Singularity, then, builds on this with no hesitance, as the title track opener here immediately announces. From there, things progress in the familiarly satisfying way that Immunity did; proving as a perfect record to get lost in, to travel with, to love.

Centre-piece and recent single ‘Everything Connected’, for instance plays to a similar beat and rhythm as ‘Open Eye Signal’, the monster track from Immunity, though in this instance, the track feeds into the rest of the record without feeling like an outlier – something its predecessor is a little bit guilty of. Indeed, generally speaking, Singularity’s major strength is the fact that it feels like a more cohesive record, to be enjoyed from front to back, rather than Immunity’s occasional tendency to feel a little top heavy.

Either way, Singularity shares the ability to feel like a journey in a very similar way to how Hopkins’ previous record did, be that a literal trip or a journey through a club night into the early hours; either way, his sound works perfectly for both. Where the two records differ, is largely in Hopkins’ trust in his own craft to be more ambient and atmospheric where the record needs it, should such a thing be imaginable. The record’s middle run of ‘Feel First Life’, ‘C O S M’ & ‘Echo Dissolve’ give a distinct grounding to the record which is well placed and paced within the grander scheme of things.

This leads to final couplet of ‘Luminous Beings’ and ‘Recovery’, which are a truly beautiful send-off that apparently only Hopkins could really envision. It is a satisfying finale to yet another satisfying record from the London-based producer, who, while loses marks for his perhaps too similar creation, remains an important figure in the UK electronic scene and for good reason. Ultimately, Singularity will shape your summer of 2018 the same way Immunity did of 2013, and all power to it.