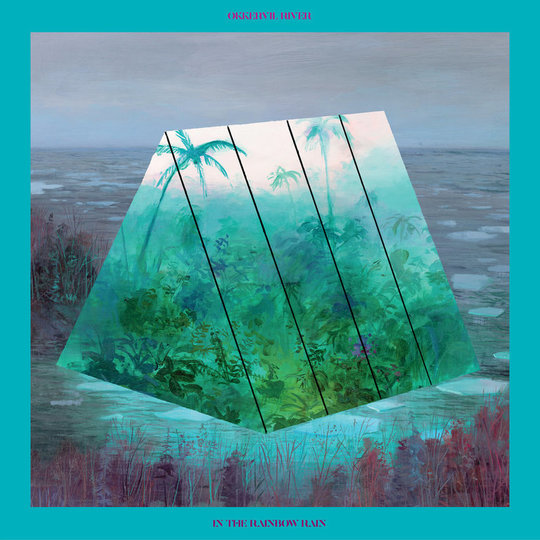 After the rain, the sun will reappear – and in this case, there will be a rainbow, too. Okkervil River’s frontman and songwriter Will Sheff poured out all the anguish and pain of a cycle’s end on 2016’s album Away following the death of his beloved grandfather and departure of his backing band.

In 2018 Sheff returns with quite a different outlook on things, one that evidently makes peace with the changing tides of life and comes to terms with the fact that all things must end. Rather than having a moan about it, however, the singer brings us yet another series of gorgeous and ever-wordy stories that reveal a man who’s learned some serious lessons about the nature of existence and who’s unafraid to bravely face whatever comes next. With a smile and a wink, too, because In The Rainbow Rain is definitely an album brimming with hope and warmth – at least in comparison to its predecessor.

And because it’s Okkervil River, it just wouldn’t be the same if some of the stuff covered here wasn’t gloomy and melancholy – though this applies to Sheff’s lyrical approach only. With the exception of the dingy, dirty and grandiose boom of ‘Pulled Up The Ribbon’, most of In The Rainbow Rain is made up of occasionally-sombre songs cleverly disguised as up-beat, harmless, light-hearted tunes, which of course they’re not. How’s this for an opener? “When I had my tracheotomy/I was blue and had stopped breathing/There was something wrong with me/Doctors cut through the cartilage and skin/At the bottom of my throat/And then they snaked that trach tube in”, Sheff recalls in opener ‘Famous Tracheotomies’. So, yeah... Gary Coleman, Dylan Thomas and Ray Davies went through the titular procedure too, we learn, as the song begins to resemble confessional ramblings of a teenager’s personal diary. It’s actually dark as fuck – hospitals, surgeries, cancers and wheelchairs – but Sheff manages to make it sound like a sunny day at the beach.

Elsewhere, the album is bouncy and sparkling one minute (as on the third track ‘Love Somebody’) then full of twangy guitars and alt-country leanings on ‘External Factor’, while also touching on breathy, gentle lullabies like ‘Family Song’ and the tender, sleepy ‘Shelter Song’. Beautiful. Sheff’s still writing stuff like “I thought that nobody loved me/Sad kid/Scared animal” (‘Shelter Song’), but it just sounds so lovely. So, while there is plenty of lyrical bleakness and anxiety across the record, this becomes almost an afterthought given the sonic brightness and playfulness that leaves you feeling everything might just be okay after all. To the ears, it sounds friendly, soft and almost vulnerable, but Sheff’s narrative betrays all of that, making you realise pretty early on that it’s a false sense of security, and there’s mostly darkness and chaos under there. Take it from the man himself who’s stated, “In places, the record deals with trauma, betrayal and shame, but actually, it’s supposed to be a good time”.

And maybe it was. The making of In The Rainbow Rain saw newcomers to Okkervil River (pretty much the entire band) also get on board with songwriting duties alongside the frontman, allowing for a broader musical interplay between five people and obviously resulting in a much more diverse and interesting collection of tunes. Consisting of Benjamin Lazar Davis (bass), Will Graefe (guitar), Sarah Pedinotti (keys) and Cully Symington (percussion), the names may sound familiar to those who caught Okkervil River during their Away Tour – the live line-up is now a fully-fledged band. But as the only remaining original member of the collective, the voice heard mainly on this record is Sheff’s and the message is very typically him too – at this point, life still kind of sucks, just maybe not as much as it did a couple of years ago. Some people have died and others have moved on, but time heals all wounds and the best way to deal with it is to put on a brave face and embrace whatever may come. No matter how shitty it’s likely to be.