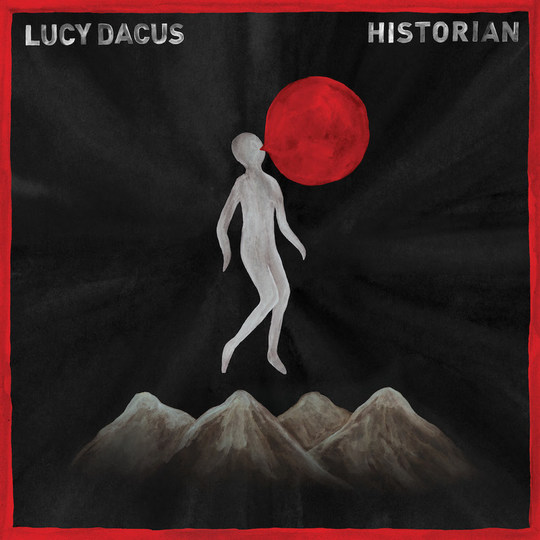 You’ve probably heard some songwriters discuss their craft with a degree of befuddlement. You know the tale – that somewhere up there exists the golden kernels of potential tunes, which drop into the vigilant artist’s hand when they least expect it. Yet the meteoric rise of Richmond-based Lucy Dacus is no mere cosmic coincidence; the 22-year-old singer-songwriter simply has an uncanny knack for fostering psychic communion. Songs on her debut No Border whisked eager listeners into indie rock novellas, replete with crushing melodies and secret desires, all rendered sublime by the bittersweet honey of Dacus’s voice. Historian does all that, and more; you already know your heart’s in good hands when the album opens with “The first time I tasted somebody else’s spit, I had a coughing fit. Dacus hasn’t just crafted a solid set of songs, hasn’t just established her own blend of gritty college rock chug and string-kissed alt-country, hasn’t just earned the national stardom endowed by NPR, the Fader, the New York Times, and others. None of that would amount to anything if the listener doesn’t ascend as well.

And do I? Yes, friends! I won’t make the same mistake that I made with Big Thief – for, like Capacity, the earthy hooks and twists in Historian latch deeper into yr earbuds over time. The bangers hit first: ‘Addictions’ will make you wanna ignore every Wilco fan ever for the rest of yr life, and you’ll have to catch yourself from humming practically everywhere. ‘Next of Kin’, likewise, shifts so deftly between Herculean riffs and tender confession, that you wanna claim every word for yourself (more on that in a sec). And man oh man, then 'Timefighter' just creeps up from nowhere, a steamy grumbling Song:Ohia-like saunter until everything EXPLODES, and now you wanna burn every Black Keys album ever for the rest of your life.

But what really sticks are the words, the snapshots of dialogue, the quotidian revelations. See - evidence aplenty awaits for me to prove Dacus as a properly transcendent writer, thoughtful and empathetic and gushing with details: protagonists that suck on ginger roots, ex-lovers that still call each other out of habit, the funeral of your beloved and the words left behind. But terms like 'genius' or 'brilliant' or 'indie rock-star' don’t quite fit – she’s decisively not extraordinary, and that’s exactly her charm. “Everybody else looks like they’ve figured it out, she laments in the huge chorus of ‘Nonbeliever’, and goddamn what an familiar ache for fellow non-conformers. What ordinary person hasn’t once wished to step out of their body and let someone else take control (‘The Shell’), or contemplated their mortality (‘Next of Kin’, again)? And opener ‘Night Shift’ - a majestic study in both how to cope with a break-up AND how to build up to an irresistible refrain – resonates so much because the logic is so myopic, so much more possible than just skipping town on a whim. Dacus, in short, exposes the insecurities we tend to hide from each other, and gives form to the intangible, like any proper classic novelist.

Once you see Dacus for what she is, you begin to trust her – and then the slow burners really scorch. There are no throwaways, you realize by the sixth go-round. Every song feels vital, like how every paragraph in a short story has to progress the plot and pack a punch at the same time; even the patient parlor ballad of ‘Body to Flame’ self-combusts at the climax. And while secular hymnal ‘Pillar of Dust’ hits the seven-minute mark, you don’t feel the tick of time at all – there’s too much loveliness, too much subtle wit, like when she flips the famous verse of ‘Amazing Grace’ - I once had sight, now I am blind.

Mmm. You know you have a classic on your hands when, after the umpteenth spin, you start looking for the tour dates, and try to reason your way to a gig. Like the fabled plane of songs, Historian feels like a universe that exists before time, somewhere to reach up to when you need to express something greater than yourself. And Dacus shows us the way, with grace and patience and the quiet confidence of writers twice her age.