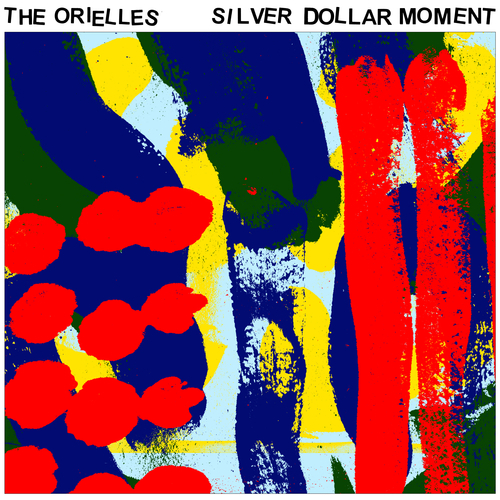 From the first jangling sunshine chords on opening track Mango, Silver Dollar Moments announces itself as a proper piece of indie pop goodness. Then, across 45 minutes, it takes all kinds of turns, into ESG-ish yips and funk, dreamy-arch harmonies, disco synth-pows and stoner bongos, unsettling submerged voices - with all that and more it still flows like a fountain of indie pop, fresh and catchy and altogether. The songs span a chunk of time, from tracks they’ve been playing for a while, like opener Mango, to closing belter Blue Suitcase (Disco Wrist), which was written in the studio as they made the album. (Disco wrist, by the way, is “something we think Nile Rodgers has, from playing his disco riffs on the guitar.”) Young upstarts with a thirst for adventure, a love for the party and great sprawling taste in music: they’re clearly another perfect Heavenly band. “We did always looked to Heavenly because they were bringing out consistently good UK music,” says Henry. “We’re fans of so many of their bands - The Parrots, King Gizzard, Hooton Tennis Club, Toy, Temples, H Hawkline - that’s how we knew it’d be a nice label to be on". The album features the bands singles Let Yourn Dogtooth Grow and I Only Bought It For The Bottle.
description from www.roughtrade.com