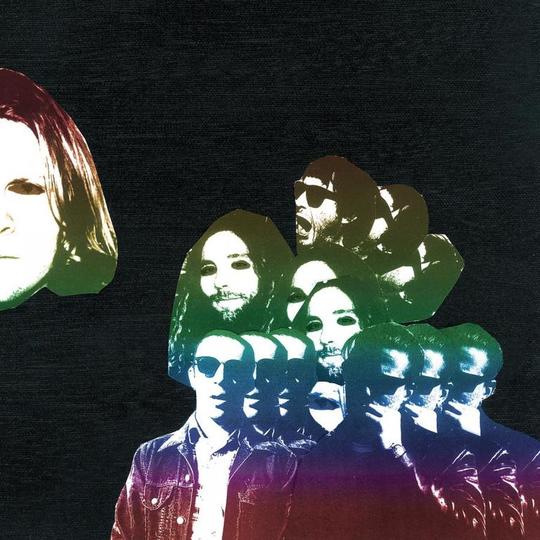 Barely a paragraph has been written about Ty Segall that does not include at least a nod or a wink to the word ‘prolific’. It’s true, his turnover is eye-watering: depending on your online reference site of choice, Freedom's Goblin is around or above his twenty-fifth significant record release in a decade, under one moniker or another. In recent years, the full length albums released simply under his own name have come to represent one of the countless facets of Ty’s rockstar persona, be it the sprawling indulgence of 2014’s Manipulator or the sensitive melancholy of 2017’s self-titled release. This time around, following an uncharacteristically long pause between release dates (a whole year!), Ty has decided to break away from such a narrow focus and make the most enjoyable record possible.

Often, when artists go out of their way to make a project fun for themselves, it is the listeners that end up suffering. In the case of Freedom’s Goblin, nothing could be further from the truth. At 75 minutes and 19 tracks, it is comfortably his longest record to date, but also his most listenable. Recorded in five studios across three different cities, it finds Ty and his Freedom Band touching down on every corner of their Seventies rock record collections.

‘My Lady’s On Fire’, for example, sees Ty adopting an uncanny, lilting Marc Bolan impression, which is complemented with a fireside, finger-plucked intro and cheeky echoed harmony vocals to complete the T. Rex bingo. Contrast this with the track ‘She’ and its chugging, amp-obliterating Iommi guitar riff and Ty’s Ozzy-esque monosyllabic shrieking vocals. Or the playful, spiky energy of ‘Meaning’, with its stereophonic flickers of guitar feedback and a spirited Runaways-era Joan Jett inspired lead vocal from Ty’s wife Denee Segall. Or even the space rock grandeur of ‘And Goodnight’ that brings the record to an astounding climax, with cascading guitar solos that channel Meddle-era Gilmour. This is an album that does not sit still, never at ease settling into a comfort zone.

Freedom really is the operative word. It lends the record an exciting unpredictability; as a listener, one can virtually hear the doors to the studio revolving, with whoever happens to be in the room grabbing an instrument at any given moment. Like the classic Stones albums of the early Seventies, it is perhaps the most honest way to capture these musicians’ creativity; unlike the worst excesses of those records, however, this is not a warts ‘n’ all collection, but an edited, crafted selection box of the sessions’ most urgent cuts.

One would struggle to find fat to be cut from Freedom’s Goblin – perhaps the spotlight could fall on the bizarre decision to include a faithful cover of Hot Chocolate’s immortal 1978 single ‘Every1’s A Winner’, recorded with all the self-serious application of a post-pub Friday night jam. This, as well as the 66 second ‘Prison’, are the only moments where the record even approaches indulgence, leaving 70 minutes of lean, succulent, nourishing new material.

The real problem that Freedom’s Goblin might face is listener fatigue. It is possible that casual Segall fans simply don’t have the time to dedicate to this volume of output from one man. After all, all logic suggests that he must be spreading himself too thin. When you put in the long shifts mining for gold dust and somebody keeps showing up with wheelbarrows full of bullion, it can be hard to accept that it is the real deal. But in this case, at least take the time to check. Ty Segall is no shyster. If he had taken three years to record and release Freedom’s Goblin, it might stand a better shot at being embraced for the modern classic that it is.