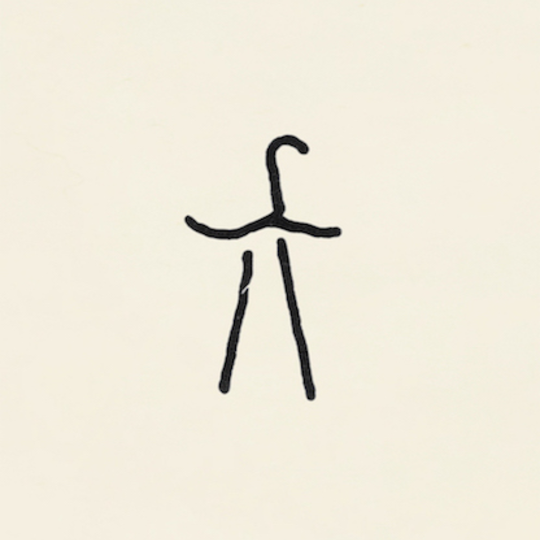 Xylouris White is composed of Greek singer and laouto player George Xylouris and Australian drummer Jim White, from the instrumental rock trio Dirty Three. The pair first met in 1990 and they formed a friendship that would precede any musical collaborations – their debut record Goat was released in 2013 – but their long-standing relationship is keenly felt in the resulting work. Mother marks the third instalment of the duo’s work thus far, and is once again produced by Fugazi’s Guy Picciotto. Whereas, their second record, Black Peak, signalled a sizeable shift from debut Goat's gently wrought experimentations towards more excited and urgent compositions, Mother - rather fittingly - feels like an amalgamation of the two.

The record opens with 'In Media High Res' a jangling and charmingly directionless instrumental. The mysterious, reaching atmosphere the track conjures acts as an apt precis for the breadth of Mother. It’s paired with 'Only Love', which in turn is far more direct and immediate. Rhythmically driven by Xylouris’ dancing vocal and feverish lute playing and White’s unswerving percussion, it’s nothing less than compulsive. The success of such tracks lies in not only their talent as players but their curiosity and ability to blend elements of White’s post-rock background with the foundations of Xylouris’s Cretan heritage. The result is familiar yet mysterious; ancient but also a step beyond whats come before it. Their music embraces and combines their respective cultures in favour of resting on Anglo-American indie tropes and Mother is an all the more interesting and gratifying listen for it.

Being a non-Greek speaker, as no doubt many of Mother's listeners will be, I can’t claim to know what Xylouris is singing about beyond what the song titles suggest. Yet language never acts as a barrier, as his incantations are elemental and consistently moving in a variety of ways. And without a solid sense of meaning the music is freed from intellectualisation in exchange for a wonderfully sensory experience. Much like Black Peak introduced Xylouris’ vocals into the mix Mother further embraces his grizzled and impassioned voice wholeheartedly. That’s not to say the record is weighted in his favour, as White’s sensitive, intuitive and imaginative playing is vital to the record’s wonder. Their generosity towards each other's talent is tangible.

Much of the beginning of the album feels like their most celebratory work, from the aforementioned tracks through to the delightfully impish 'Motorcycle Kondilies'. As the record progresses the pace slows, beginning with the intertwining lute and melody lines of 'Spuds Garden', which really showcases the richness and range of Xylouris’s voice. The tone also begins to transform into the mood piece of lightly rendered percussion and deep, hushed vocals that is 'Achilles Heel', to the mournful longing expressed through the elongated notes of ‘Woman From Anogeia'. 'Call and Response' recalls Dirty Three’s more contemplative moments, and similarly proves intensity isn’t always achieved through volume and excess, but that minimalism and tension can be equally powerful.

The record’s grip does start to loosen as it progresses, and while they have made less of a leap than their previous effort, Mother nevertheless demonstrates what a vibrant and fruitful partnership the two musicians continue to enjoy. The collection draws to a lose with 'Lullaby' - and indeed it is - a soothing, sparse track that gently swells and comfortingly concludes a galavanting collection of songs. Above all, it’s a joy to listen to, and one that inspires faith in modern rock music and its ability to evolve.