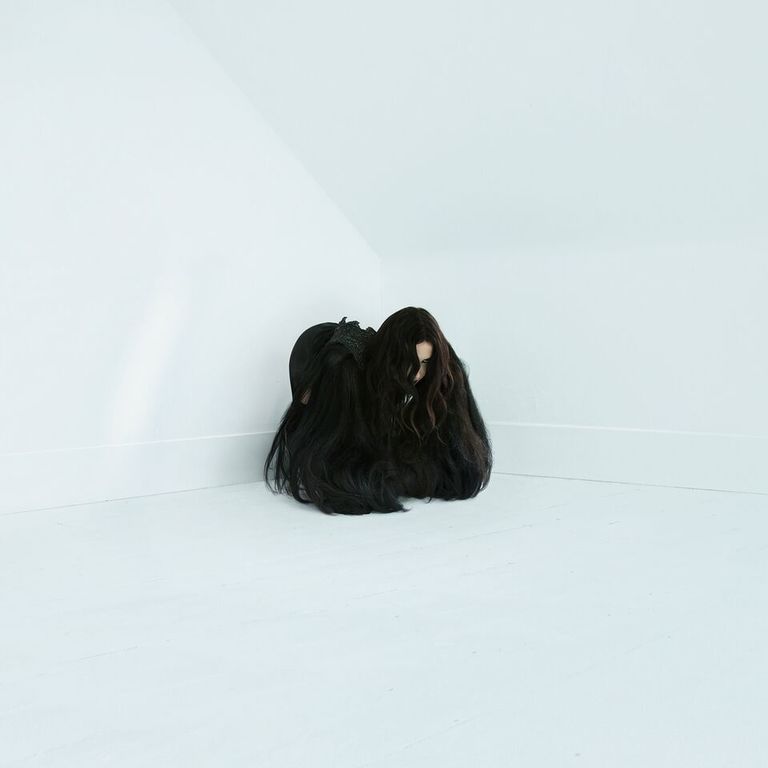 Wolfe's tired of hiding. Now she's on the attack.»

Chelsea Wolfe release Hiss Spun, her sixth album. Recorded by Kurt Ballou (Converge), the album was conceived as an emotional purge, a means of coming to terms with the tumult of the outside world by exploring the complexities of one’s inner unrest. Hiss Spun features prominent guitar contributions by Troy Van Leeuwen (Queens of the Stone Age, Failure) throughout the album, and a guest spot from Aaron Turner (Old Man Gloom, SUMAC) on the song Vex. Digging beneath the mess of the world to find the beauty underneath is perhaps the most consistent theme in Chelsea Wolfe’s expansive discography—a theme that ties together her ceaseless explorations in unorthodox textures, haunting melodies, and mining the grandeur embedded within ugliness and pain. With her sixth official album Hiss Spun, Wolfe adopts Miller’s quest to become empowered by embracing the mess of the self, to control the tumult of the soul in hopes of reigning in the chaos of the world around us. Hiss Spun was recorded by Kurt Ballou in Salem, Massachusetts at the tail end of winter 2017 against a backdrop of deathly quiet snow-blanketed streets and the hissing radiators of warm interiors. While past albums operated on the intimacy of stripped-down folk music (The Grime and the Glow, Unknown Rooms), or the throbbing pulse of supplemental electronics (Pain Is Beauty, Abyss), Wolfe’s latest offering wrings its exquisiteness out of a palette of groaning bass, pounding drums, and crunching distortion. It’s an album that inadvertently drew part of its aura from the cold white of the New England winter, though the flesh-and-bone of the material was culled from upheavals in Wolfe’s personal life, and coming to terms with years of vulnerability, anger, self-destruction, and dark family history. Aside from adding low-end heft with gratuitous slabs of fuzz bass, long-time collaborator Ben Chisholm contributed harrowing swaths of sound collages from sources surrounding the artist and her band in recent years—the rumble of street construction at a tour stop in Prague, the howl of a coyote outside Wolfe’s rural house in California, the scrape of machinery on the floor of a warehouse at a down-and-out friend’s workplace. Music is rendered out of dissonance—bomb blasts from the Enola Gay, the shriek of primates, the fluttering pages of a Walt Whitman book are manipulated and seamlessly integrated into the feral and forlorn songs of Hiss Spun.
description from www.roughtrade.com