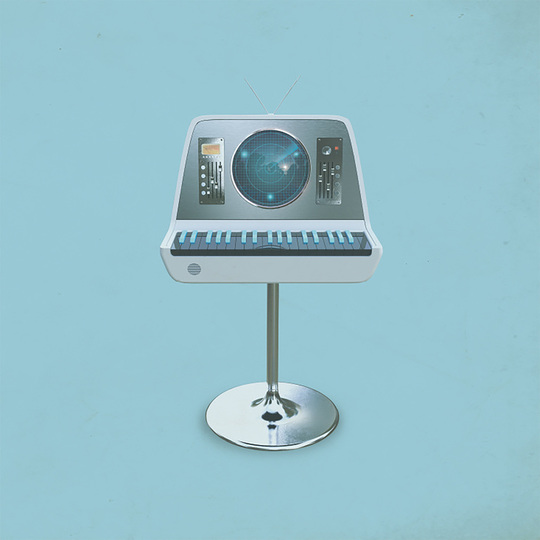 Several things will always ring true about Enter Shikari and their latest album does nothing to change that. You can’t accuse the band of standing still, the extent to which they’ve evolved since their neon debut Take to the Skies is impressive. However, the jump in style from that album to Common Dreads was significant enough that a significant amount of their fans felt alienated. The jump from previous album The Mindsweep to this, The Spark, is just as significant.

The other thing is that Enter Shikari seldom look to their own lives for inspiration, thematically. It would be unfair in the extreme to call their records impersonal, but they’d rather sing about global warming and corporate greed than they would about their latest doomed relationship. It feels like there’s only Enter Shikari and Kate Tempest tackling these issues at the moment. The difference is that Tempest brings those issues down to the individual stories whereas Rou (frontman) tackles them on a much broader level.

Now, despite that obsession with not standing still and (arguably because of) their predication to tackling major issues, Enter Shikari have become a proper arena band. It’s a significant achievement and a tribute to how much they resonate with an increasingly dedicated fanbase. Their next tour sees them take on arenas once again and it’s hard to shake the feeling that the shift in style on this album is a direct response to the new venues facing the band.

I wouldn’t like to get into whether that was knowingly done or if this is just the natural progression for the band. For starters, this album is beautiful, for the most part, so the entire thing is moot. Take ‘Airfield’, for example, it displays the band at their most gentle, engaging in inspiration without ever resorting to clichés. The lyrics “It’s common for people to believe, everything happens for a reason, I’m sorry but that’s false and it’s poison” is just one example of how they attempt to shirk conventional wisdom. It’s refrain of “You’re down on your luck, but that don’t mean you’re out” on repeat works but in reality, it’s a lyric like “when the winds against, remember this insight, that’s the optimum conditions for birds to take flight” that really sticks.

Not that the shift is all about making their themes work in an arena. ‘Shinrin-Yoku’ is like nothing they’ve ever done before, with rolling percussion, trumpets and sweeping strings that would lend themselves to soundtracking a film. We’ve heard spoken-word-Rou before, notably on ‘Constellations’, but here he channels Mike Skinner more than ever before. ‘Undercover Agents’ is similar and it’s a style that, given how distinctive Rou is vocally, suits the band more than most. It’s true that ‘The Sights’ and ‘Live Outside’, which open the album, aren’t their most exciting work, but they fit in with what Enter Shikari are trying to achieve here.

‘Rabble Rouser’ feels like the most traditional Enter Shikari track. It has lots of rapping-Rou, lots of guitar and plenty of isolated instrument parts. Like a lot of their tracks from previous records, it feels like enough ideas for three different songs spliced into one. It sticks out a little, though, and it’s probably the album would’ve flowed better without it. Either that, or with the inclusion of Big Narstie collaboration Superchage, with which it feels like a more natural fit.

Still, the biggest surprise is the track that closes The Spark. ‘An Ode To Lost Jigsaw Pieces’ sees Rou introspective and appearing to tackle the issue of personal loss. It’s strange to hear, to the point that when you hear the lyric “I miss your prosecco-glazed lips” you actually do a double take and play it back. He also talks about being scared of facing the world and fear putting him in a headlock. The shift in sound for Enter Shikari makes this record feel like a huge leap forward, but it’s on this track that they travel furthest. About halfway through, it feels like it’s reached a conclusion, but more strings sweep it through. It breaks to lines like “I’ve lost more pieces of my jigsaw” and it’s clear how out of his comfort zone he is that this section opens with “I may regret these words someday...”

I’ve reviewed Enter Shikari records before but this is comfortably the most interesting record of theirs I’ve tackled. It’s bound to alienate some (indeed, ‘Live Outside’ already has) but their commitment to progressing rather than stagnating is to be admired. That they continue to grow while doing so is even more impressive. The result is a brilliant, imperfect record that affects you in ways Enter Shikari never have before and subverts what the entire band is all about. Anything else from them would be ridiculous.