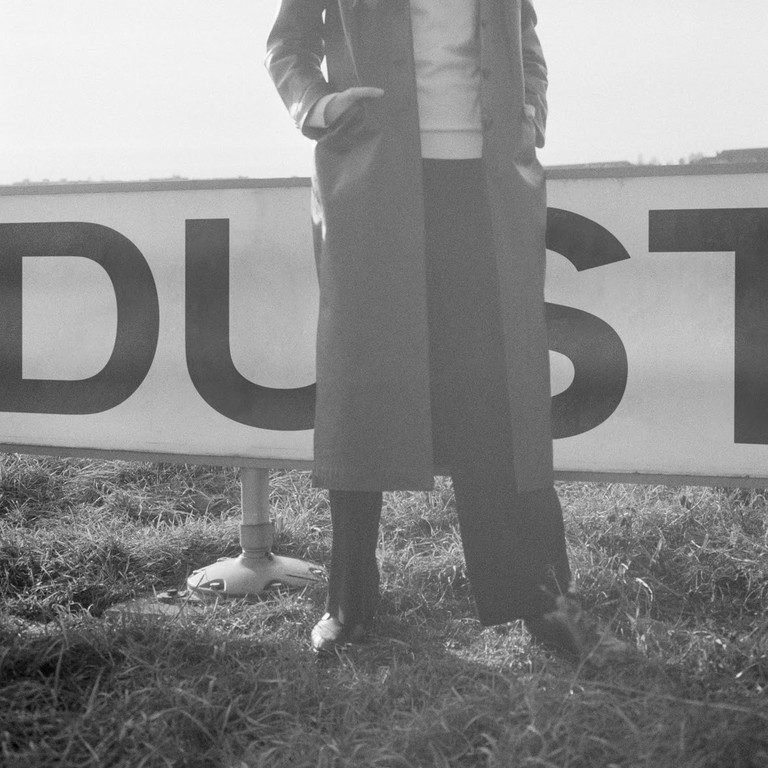 Throughout all its twists and turns, it remains a compellingly refreshing listen»

Laurel Halo returns to Hyperdub for her third LP with a fresh approach and a new sound. Routed out of the electronic abstraction of 2015’s In Situ - but with clear reference to 2012's sleeper-hit Quarantine - Dust is an album revolving around loose and languid songs; warped, sun-filled, melted and at times, heavy-hearted and obscure. Recorded over a period of two years, the writing process began at EMPAC in upstate New York in January 2015. With access to microphones, percussion, keys and a wide range of routings, Laurel spent days alone in the cavernous space, later inviting musicians Eli Keszler and Lafawndah to join her there. Those sessions would eventually become this album: a collection of breezy, broken songs, based on woody instrumentation, sub bass and restless, intricate electronics. Earnest songwriting meets with modal cut-up strategies, improvisational playing with higrade digital dust. Tactile and fibrous throughout the record, the vocals and percussion coalesce and breathe life into each other. Swung grooves eddy and collapse; acoustic drums are warped into sensual, febrile melodies. The lyrics are themselves bricolage, without a specific narrator or place in time. They slip in and out of view, something that is visualised in the album’s inner panel. Extending the influence, the album opener Sun To Solar is an adaptation of Servidão de Passagem by Brazilian concrete poet Haroldo de Campos. In line with the album’s sound, Dust is 'Laurel Halo' as a flexible cast of characters. Filled with dialogue, the album helms an interchangeable ensemble of vocalists and musicians, featuring vocals from Klein, Lafawndah, and Michael Salu, as well as musicians such as Eli Keszler, Craig Clouse ($hit and $hine), Julia Holter, Max D, Michael Beharie and Diamond Terrifier. Laurel’s omnivorous influences play out in mutated fashion - coalesced, unfettered and inclusive - a broad musical palette free from entrenched modes, catalysed by digital production that could only happen in 2017.
description from www.roughtrade.com