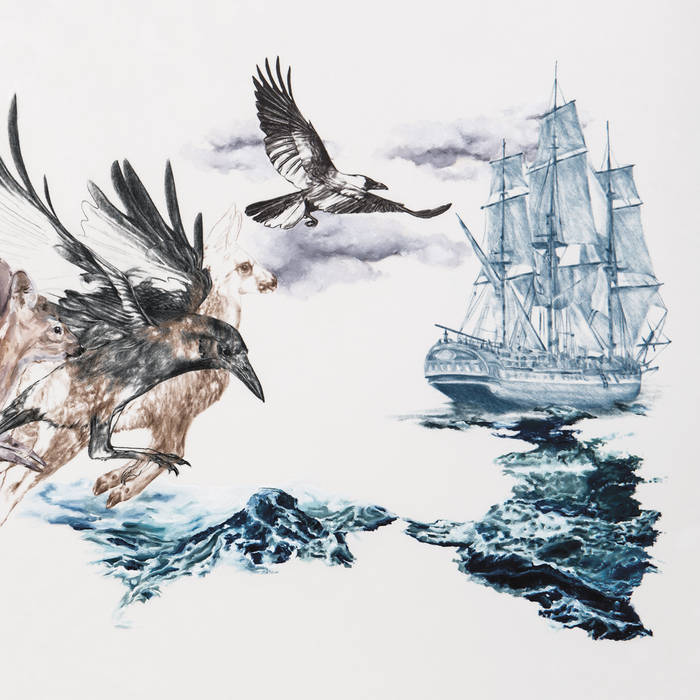 It really is a rarity to find artists this far into their career, and after such a sustained break, sound so fresh and positive»

Do Make Say Think has been widely celebrated as one of the preeminent instrumental rock bands of the 90s-00s. Stubborn Persistent Illusions is the group’s first album in eight years – and a stellar addition to one of the most consistent, inventive, exuberant, satisfying, and critically acclaimed discographies in the ‘post-rock’ canon. Following Other Truths (2009), the five members of Do Make Say Think pursued other creative projects, while all continuing to stay firmly rooted in Toronto. An invite from Heartland Festival and Constellation to play the label’s 15th Anniversary shows in Europe in fall 2012 brought Do Make Say Think back to the stage in very fine form – the band worked up a bevy of gems from their catalogue and absolutely killed live. A rekindling was sparked, leading to new writing and recording sessions throughout 2014-2016. Overdubbing, ‘underdubbing’, gestating and mixing was helmed by band members Ohad Benchetrit, Charles Spearin and Justin Small at Ohad’s studio th’Schvitz: Stubborn Persistent Illusions is a reminder and continuation of the group’s DIY ethos, and the integral role played by their singular selfproduction acumen and aesthetic. Do Make Say Think has a well-earned reputation for imbuing their instrumental music with soulful and emotive narrative power that doesn’t rely on obvious tropes or bombastic dynamics. Among the band’s special strengths is an ineffable naturalism that avoids anything too woolly, proggy, purist or clichéd, while remaining a fundamentally guitar-driven group whose ornate four- and six-string interplay balances rockism, pastoralism and electronic-influenced post-production in a class of its own. Stubborn Persistent Illusions is built from this distinctive toolkit, at once familiar and as fresh as anything Do Make Say Think has committed to tape. A short Bhuddist poem about boundlessness and recurrence informs this profoundly imagistic listening experience, amplified by the beautiful commissioned paintings of the deluxe gatefold album art. Stubborn Persistent Illusions testifies to the idea that an honest conviction in the communicative power of cerebral instrumental rock need not imply pretension, escapism, faux naiveté or nostalgia. Do Make Say Think enter their third decade with a new album that helps reaffirm the promise of genuinely emotive, narrative, restorative and life-affirming instrumental rock music – and will surely rank among their best.
description from www.roughtrade.com