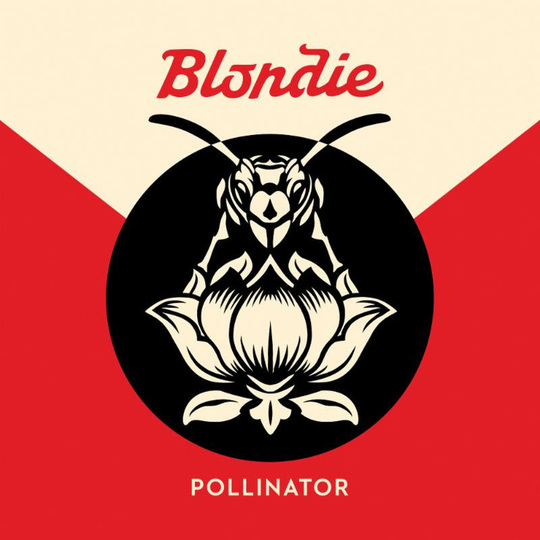 Rumours of an uptick in the Blondie work ethic might yet turn out to have been exaggerated.

It’s now a full two decades since they reformed after a 15-year break, and Pollinator is their third album in six years - a marked improvement on a return of just two records between 1997 and 2011. That said, though, this follow-up to 2014’s Ghosts of Download is a broadly collaborative affair, with the group’s songwriting core of Debbie Harry and Chris Stein having penned just two of the eleven tracks here. Instead, they’ve deferred to a host of other musicians - many of them household names in their own right - and when you consider that those include the likes of Charli XCX, Sia and Dev Hynes, there’s no question they’re taking an admirable stab at a genuinely contemporary pop LP.

This post-millennium Blondie is, of course, a considerably different proposition entirely to their late Seventies and early Eighties heyday. On classic LPs like Parallel Lines and Eat to the Beat, there was always a sense of intra-band democracy; as much as Harry and Stein were always the main players, a quick look over the liner notes confirms that the other members of the classic lineup – keyboardist Jimmy Destri, bassist Nigel Harrison, guitarist Frank Infante – were involved in the composition of the songs too. Since 2011’s Panic of Girls, new keys man Matt Katz-Bohen has taken on a key writing role, with drummer Clem Burke the only other mainstay from the Seventies.

The BBC documentary One Way or Another, which aired in 2006 and followed the band as they prepared to be inducted into the Rock and Roll Hall of Fame, captured an excruciating onstage stand-off at the ceremony between Harry on one side and Destri, Harrison and Infante on the other, with the ousted trio upset at having been excluded from the evening’s performance. The same show suggested the singer and Stein barely tolerate Burke’s fondness for showmanship and you’d have been forgiven for wondering if the perspex screen around his kit was there to stop Harry strangling him. Perhaps it’s little wonder that they ultimately chose to look further afield for a wide-ranging cast of helping hands this time out.

It’s worth noting that it isn’t just the present-day nature of the supporting cohort here that sets them apart; it’s that they’re all either pop songwriters or at the very least have a penchant for that sort of approach. Sia and Charli XCX are both well-versed in sculpting chart hits for megastars by this point, and the latter’s contribution is a standout, as an assured groove anchors off-kilter synths. It’s a bit of a shame, then, that it’s immediately followed by the stodgy, one-track ‘When I Gave Up on You’. Blondie always were a pop group, regardless of how many punk icons they kept the company of in their CBGBs pomp, and the opening four tracks on Pollinator are telling in that respect; all are hook-driven, all put melody before all else and both ‘Long Time’ and ‘Fun’ - the former a joint effort from Harry and Hynes, the latter co-scribed by Dave Sitek of TV on the Radio - are irresistible.

The factor that ultimately defines Pollinator is both its greatest strength and its biggest weakness; it’s clear that they’re thoroughly revered by all of their collaborators here. It feels as if, because of that, everybody’s tried to write them a song that sounds like classic Blondie - fine, when it’s ‘Long Time’ or ‘My Monster’, the second of which longtime devotee Johnny Marr chipped in with. The problem is that this aim doesn’t always come off, and the feeling you’re left with is that maybe, for example, Sia and The Strokes’ Nick Valensi should’ve been trying for something a bit more forward-facing than ‘Best Day Ever’. That’s not to say that Blondie have simply chosen to lap up the adulation here; they’re obviously picky, with Future Islands’ Samuel T Herring talking in a recent interview about how Harry kept him on pins about whether she’d cut vocals for the track ‘Shadows’ on their latest record (in the end, she did, and it’s the best track on the album by a distance).

It should be said, too, that the punchy production from John Congleton, who returns behind the desk, suits twenty-first century Blondie down to the ground. Maybe the album’s highlight is the closer, though. It can’t be a coincidence that ‘Fragments’ feels like one of the few cuts that isn’t in thrall to the band’s golden era. What Pollinator does confirm is that there’s plenty left in the tank from Harry and Stein; next time, they might better realise that surrounding yourself with bright young things can often be the same as surrounding yourselves with your fans - and that they might well try too hard to please you.