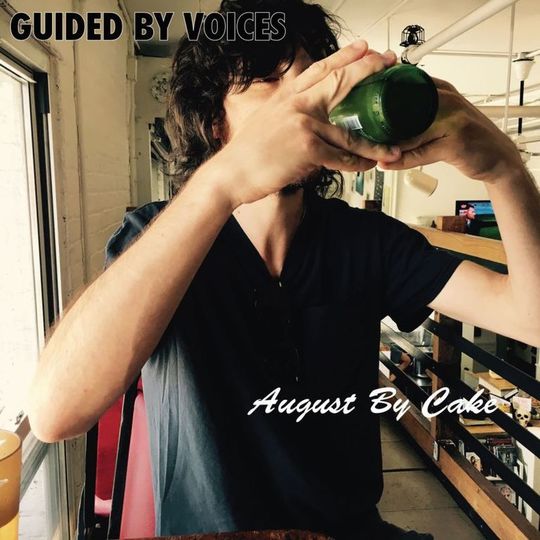 With August By Cake, Robert Pollard, the guiding voice behind Guided By Voices, has now released 100 albums. Besides that incredible fuck-ton figure, it takes a lot for a man to release that many albums and still have people paying attention. But as prolific as Pollard is, his last few records have either totally missed the mark or been average at best, lacking much of the flavour that made his past efforts so engrossing. With 32 songs, August By Cake is the band’s most audacious undertaking, even marking their first double disc album for a band that’s been making music since the late Eighties. But as experience tells us, the double album typically spells trouble for most bands – there is a tendency toward filler and an overall feeling that the length of the album is unnecessary. While 'filler' is a strong word with a man as talented as Pollard, there are a lot of throwaways on this album, dragging down the golden mainstays.

Pollard has always opted for short, shape-shifting songs that usually fall just above the two-minute-mark. This is the pillar that the band has stood on for ages, and in a couple of spots the formula pays huge dividends. They strike early on 'Golden Note', with crunchy guitars and melodic vocals. With its timely guitar solos, it sounds like something the band would’ve cranked out for Bee Thousand, arguably their magnum opus. The slower 'We Liken The Sun' is equally captivating, where Pollard shows off his gift for songwriting. There is nothing sloppily misplaced, and the song stands out as one of the most high-spirited and catchy songs on the album. But songs like 'Packing The Dead Zone', with its decisive message about the dulling of society, lack the essential ingredients to be anything more of a slightly curious distraction.

Trudging through the weeds of half-baked ideas comes another winner with 'What Begins on New Year's Day'. Like most Guided By Voices songs, the engaging components are temporary, given that the track only lasts for a brief amount of time. It’s often the fan’s conundrum, wanting certain treasures to last longer than the tiny snippets we are given. The issue is more ostensible given an album that has more rough spots than greenery, and 'What Begins on New Year's Day' is not only one of the best songs on the album but in the band’s entire lofty catalog. The record commences almost like a funeral march, with Pollard filling the intermittent spaces with splashes of sentimental vocals. What’s frustrating about August By Cake is that while it’s far from a lazy effort, many of the songs have no staying power.

One song that doesn’t suffer from a lacklustre sonic palette or harmonising is 'Keep Me Down'. The singing is silky and matches perfectly with the high octane instrumental. 'High Five Hall of Famers' takes its cue from grunge sensibilities, reckoning a simple vocal outlet for Pollard as he glides effortlessly through the track. This is the iteration of Guided By Voices fans pay to see, and would make the double disc more enthralling if there were more similar moments.

Although there is plenty to do without here, especially nearing toward the waning moments, 'Cheap Buttons' is another track that makes the album worth a listen. Pollard and company go for a more arena rock feel, which contrasts gorgeously with his wayfaring vocals. The chorus dominates the energetic song, and an animated Pollard seems to be at full tilt. 'Sentimental Wars' is also special, with Pollard lulling softly on a lush instrumental. The band is completely in unison unlike many of the songs of the album, a mellow guitar providing the main backdrop. of the album. On 'Golden Doors', Pollard gets a little too ambitious, sacrificing the quality of the song for lyrical acrobatics buttressed by an uninspired instrumental.

It goes without saying that the rare category Pollard has now put himself in is worthy of praise. Not even Bob Dylan or Johnny Cash can boast as many releases. But as pessimistic as it might sound, Pollard hasn’t delivered an all-enticing album in a while, and with all of its hidden gems, August By Cake suffers from having too many songs that just aren’t fulfilling enough. From what we’ve witnessed, Guided By Voices will never come to an end, and they shouldn’t, but Pollard desperately needs to revisit the formula that consecrated the band as indie rock gods in the first place.