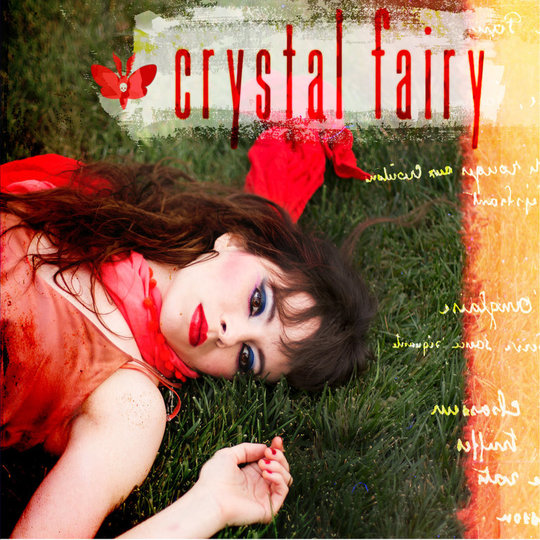 Everyone agrees that bacon goes with anything. This is a known, indisputable fact. Bacon ice cream exists. You cannot argue with bacon, unless you don’t eat meat or pork on principle. And unless you’re an idiot with a skillet, anyone who fries bacon will create deliciousness.

By the same logic, you cannot argue with Crystal Fairy. No one can deny that Teri Gender Bender, of the almighty Le Butcherettes, is a rock goddess that could outmuscle Sammy Hagar in an arm-wrestling match (and she wouldn’t care if she lost, anyway, cos she has far more important things to do than arm-wrestle men). And the earth-rending force of the Melvins has rippled even further than that, as good ol’ Buzz Osborne has shook the masses for over 30 years now. So when the two forces combine – alongside Omar Rodríguez-López, of the gourmet-approved Mars Volta and At the Drive-In – then how the fuck could anyone resist, unless one simply rejects guitars by principle?

You don’t really to know much else. Remember when Josh Homme decided to make Eagles of Death Metal a thing, and that was also undeniably awesome, even if it was slightly less salty, more bite-sized, and ultimately more disposable than Queens of the Stone Age? Well, Crystal Fairy is kinda that for all parties: not quite as seismic as the Melvins’ work, not quite as radical as Le Butcherettes (especially their last record, which still knocks me sideways over a year later), but enough of both worlds to please everyone involved. In fact, since most of these songs are helmed by Gender Bender, and most also kick far swifter than molasses, the whole project leans more toward the latter than the former.

Like a hearty bacon breakfast, Crystal Fairy boasts no frills or fuss, only killer grease and crunch. Take it at face value – as a long-overdue jam between pals – and you won’t be left hungry. Not the most essential thing ever, but then does anyone ever NEED fried cuts of pork? No, but you’ll devour it anyway. Hence, this album.