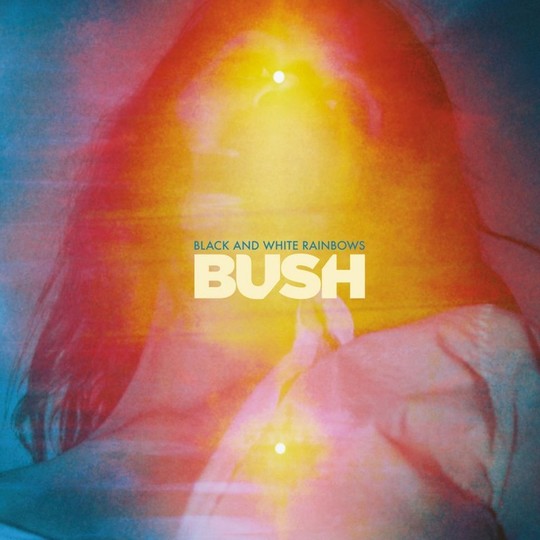 ”Just wanted to be myself” - ‘Swallowed’

Ever since Bush’s initial wave of success with Sixteen Stone in 1994, Gavin Rossdale has been searching for himself. Reviled in the UK (see Johnny Cigarettes’ 1996 NME review: Shit Suitcase) and beloved in the US, he’s spent 20 years torn between his restrictive, successful lane and something more individual. However, because this quest for individuality has spanned two decades, his audience is fragmented. Those who, like me, clung to Razorblade Suitcase and The Science Of Things through high school and college, judge every subsequent release via our preconceptions of what a Bush record should sound like. On the other side of the room stand those who know Rossdale through Gwen Stefani and The Voice, and who likely have no interest in those old records, or the anguish for which they strove. There’s no way to win this.

Unfortunately, as he always has, Rossdale tries to please everyone. Black and White Rainbows is reticence personified: booming powerchords with every millilitre of blood drained and left on the floor, lest they become too unpalatable; ballads that reach for solemnity with awkward, hopeful choruses tacked on; lyrics so impenetrably vague that they could be about anything. This is a collection of songs, nothing more – a sleepy remake of The Science Of Things without the anger and belief that fuelled its (mis)steps. ‘Sky Turns Day Glo’, with its references to weeping polar bears and the insistence that “the future is under attack”, could be about climate change and environmental catastrophe, but it suffocates in the shadow of ‘The Disease of the Dancing Cats’. Rossdale ramps up his Bowie twang on the chorus, surrounded by strings, but it’s never enough to truly convince. ‘The Edge Of Love’ unwisely repackages ‘Letting the Cables Sleep’ for a new generation, but immediately drowns under the weight of Bush’s most affecting song. It’s a sad denouement for a band who were once so full of fire that even if they made a poor record, you knew the live versions would be incendiary.

Of course, this isn’t even the same band anymore, and hasn’t been for 15 years. Aside from Rossdale, only drummer Robin Goodridge remains, and even that would be impossible to tell from the music alone. Black and White Rainbows seems to have been produced by the committee who did the backing tracks for the original Guitar Hero – every edge sanded smooth, compliant and utterly indistinct. There are no dynamics to be found on this LP, only ‘on’ or ‘off’. Guitarist Nigel Pulsford was always Bush’s secret weapon, his pained, cacophonous string bends gnawing at the edge of everything, and he’s missed more than ever here. Maybe Rossdale’s presence on The Voice will propel this album to new heights. The band’s ugly new listing as ‘Bush with Gavin Rossdale’ certainly seems to think so, and my girlfriend’s assessment of Rossdale as “the most charming motherfucker alive” doubtlessly isn’t unique. Should we see the resurgence of Bush, I wouldn’t begrudge it at all. Ultimately, though, this isn’t a terrible album (although the less said about ‘Toma Mi Corazon’, the better), it’s something much worse: a pointless one.