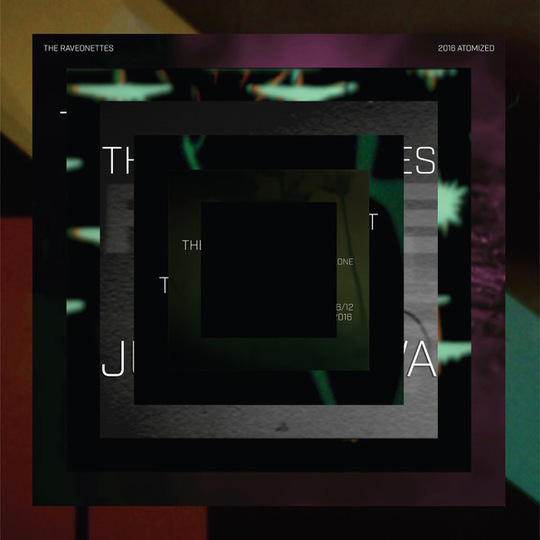 One of the biggest challenges for a band is pushing your sound forward without forcing creativity. The Raveonettes’ solution of moving the decade their brand of retro-electro draws on is a clever one. After a few albums with a Sixties vibe, they’ve progressed moved into a combination of Eighties and current pop that feels like a natural next step.

And it’s... often perfectly enjoyable. This latest album 2016 Atomized, a compilation of 12 monthly releases put out last year. It starts very promisingly at least. The riff on 'The World Is Empty (Without You)' is catchy, the song makes good use of textural levels - when to grow and when to hold back - and it’s basically, cleverly, made up of three different choruses. Second track 'Run Mascara Run' has a catchy title, a differently good melody and a guitar solo. But there’s no real chorus, the middle eight is a substanceless whisper, and every so often the song breaks to play just one, very different sound. Already the cracks are beginning to show. And so the rest of the album continues, on a downwards slope that’s gentle but decided.

The songs seem to exist in a pretty cloud of somehow-soft neon pink, so pretty in fact that it made me question why I wasn’t enjoying it. But the songs aren’t catchy enough to get away with being this light on substance, and the riffs and melodies very rarely deviate from the first five notes of a minor scale. It’s perfectly pleasant background listening, but it yields diminishing returns from close listening.

‘Excuses’ was a particularly grating, with its three entirely separate and incoherent musical ideas, but also with its uncomfortable lyrical concept of hate-fucking someone specified to be female. It’s not something I’m personally comfortable with the glamorising of regardless of gender, but even when sung by Sharin Foo (a woman) and regardless of any mitigating concept, a story of heterosexual hate-sex from the male perspective against a cultural backdrop of men both hating and fucking women being the norm feels specifically uncomfortable. Also the invocation of the character’s mother here and later in ‘Won’t You Leave Me Alone’ is a really weird lyrical cliché that adds nothing but another layer of discomfort that’s less easy to explain. Male self-infantilization? Vaguely oedipal character conflict? Incongruous conservatism? Whatever it is, it’s a rubbish lyrical device.

Mostly though, 2016 Atomized’s worst offence is simply its inability to grip the listener. One assumes it wasn't conceived as an album, and in shoving the tracks next to each other it's hard to come away from it with a sense of anything gained, and in the context of the album as a whole the opener ‘My World Is Empty’, at first so promising, feels almost retrospectively disappointing. It’d be a fine album track, but it’s nowhere near strong enough to stand as the strongest track on an album.