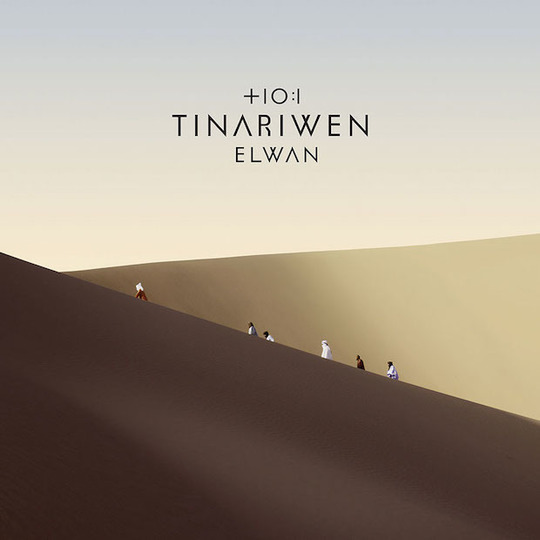 If Tinariwen’s very moniker literally means 'deserts' in the Tamasheq language spoken by the Tuareg people of Timbuktu, their music is anything but as arid as their namesake. On their latest record, Elwan, this band of recently-outlawed musicians sound as immediate as ever, bursting with ideas and musical themes that throw influences from blues, folk, rock and their local tishoumaren into an irresistible melting pot.

In a cruel twist of fate, whilst Tinariwen’s status and renown grew over the past few years as they travelled the globe touring their music to adoring and accepting crowds, the frontiers that encircle their desert home were being closed by Islamic extremists and forcing them into exile. When militants took over northern Mali in 2012, they applied Sharia law, banning music in a culture where storytellers are of the greatest importance, and where music is considered the lifeblood of society.

Whilst they recorded the album, their homeland, a Saharan mountain range between north-eastern Mali and southern Algeria, had been transformed into a conflict zone. Perhaps fortuitously for the times in which they live, their music lends itself to a sense of yearning, and these new love letters to the desert, the land and customs which had been pulled from underneath them like a rug are as poignant as ever. Whilst the militants have now been driven out, the threat to their culture remains a constant presence as recently as last month, with the cancellation of the Festival au Désert due to fears of extremist violence.

One of the most enthralling aspects of Tinariwen has always been the authenticity of the unique blues they peddle. On early album offering ‘Ittus’ we’re treated to a virtuoso guitar and vocal performance that’s outstanding in its imperfection, dripping with tension in stark focus.

Unlike many of the overproduced performances on contemporary recordings, there are fumbled string plucks, the occasional over-enthusiastic twang and renegade fret buzzes which are all left in place and add character and depth to a careful listen. These inflections, which are becoming increasingly ironed out in our modern culture which often places perfection above expression, are vital to the kind of music that Tinariwen create. Like the shifting desert which produced them, their music ebbs and flows, rises and falls, like grains of sand on the wind.

Recorded in two distinct sessions, in 2014 the band stopped at Rancho de la Luna studios in the desert of California’s Joshua Tree National Park, allowing for guest slots from the likes of Matt Sweeney (Johnny Cash, Bonnie Prince Billy and Cat Power), Kurt Vile, Alan Johannes and Mark Lanegan. Whilst they might be an impressive list of names on paper, it’s hard to see what, if anything, these additions bring to the record. Two years later however, in M’Hamid El Ghizlane, an oasis in southern Morocco near the Algerian frontier, the band set up their tents to record a second session, accompanied by the local musical youth and a Ganga outfit (a group of Berber ‘gnawa’ trance musicians). One can’t help but feel like this is where the real beating heart of Elwan was formed.

Whatever the elusive 'it' is, Tinariwen are a group of musicians who both have it and, more importantly, get it in spades. There is groove, feeling and emotion woven into the fabric of the music they create, the very special kind of transcendence in communication that comes from the universal language of musicality. In transmitting their longing, they have created a bridge between global communities, finding acceptance and camaraderie amongst other cultures in every corner of the world. Whilst they dream of a home that can no longer be found, there is some comfort to be found here in the new family they are building around them with the power of their music.