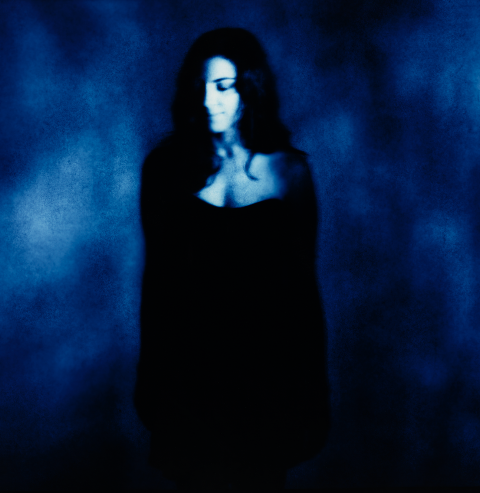 We should long for more Khouri»

Nadine Khouri is a British-Lebanese musician and songwriter currently based in London. Influenced by dream-pop, moody soundtracks and spoken-word, her sound has been described as a “music born of perennial outsider-status.” Noted by John Parish (PJ Harvey, Giant Sand) for her voice, Khouri was invited to sing on a track on his Screenplay LP and subsequently recorded her latest album with the producer in his hometown of Bristol. The resulting album is a haunting collection of poetic and atmospheric meditations on loss and transformation. Khouri’s singular voice soars above droning organ, pulsating shakers, and an occasional choir of male voices, creating a self-contained world, reminiscent of Stina Nordenstam and Hope Sandoval in their heyday. Pumping harmoniums meld into reverb-drenched electric guitar, while Khouri’s languid voice offers a dream-like incantation set against a beating Moroccan tar on Broken Star. An esoteric thread runs throughout the album, notably on Shake it like a Shaman (a tribute to the late Jeff Buckley). The album also features guest contributions from Parish, Irish singer-songwriter Adrian Crowley, violinist Emma Smith (James Yorkston, Hot Chip) and others.
description from www.roughtrade.com