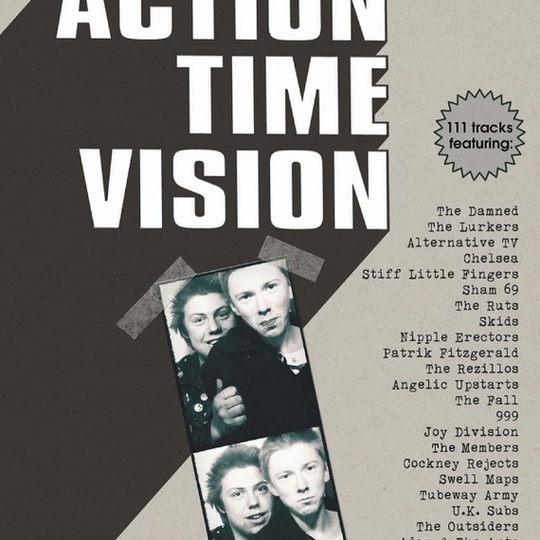 Forty years on from the first wave of punk, what does it mean today? While bands like Green Day have carried the three chord melody and spittle drenched snarl into stadiums all around the world, its true spirit lies in DIY enterprise where anyone can make a record if they want to. People like Stormzy telling everyone to 'Shut Up' or Skepta appearing on Christmas Day Top of the Pops dressed as a postman for starters. Modern day artful dodgers rallying against a conservative industry that would rather sink in its own pre-packaged mire than help those throwing new ideas into the mix swim.

Back in 1976, the music business was in a similar state of flux creatively. Prog rock had bored the living daylights out of a nation now overran by novelty acts like Brotherhood of Man while rock and roll pastiche served up by Racey and Showaddywaddy was as subversive as it got. Something had to change and in the autumn of '76 it did. When then unknown London four-piece The Damned released 'New Rose' on fledgling label Stiff Records it only reached number 81 on the singles chart but subsequent radio play from the likes of John Peel opened the door for countless others to follow suit and the rest is history.

Action Time Vision: A Story Of UK Independent Punk 1976-1979 does what it says on the tin. Compiling a whopping 111 songs from the familiar to the minutely obscure across four separate discs alongside a 64 page booklet in a handsomely ornate box set. Its claim to be the first fully documented compilation of the independent punk scene from that era defining first wave is wholly justified. Granted, not everything here will have you racing for the repeat button. However, what it does highlight is the kindred spirit of DIY which encapsulated punk and caused the upper echelons of the music industry to get its knickers in a twist on more than one occasion.

Some of the bands featured here went on to become icons in their own right. Most notable are Joy Division, whose 'Failures' off their Ideal For Living EP cast them as aggressive punks before the refined claustrophobic tension they're now renowned for had materialised. Also The Fall, a young Mark E Smith spitting out the words to 'Psycho Mafia' in a gobby polemic fashion, while stalwarts of the genre Stiff Little Fingers' debut 45 'Suspect Device' still sounds as fresh and exhilarating today as it did back in 1978. Gary Numan's Tubeway Army and soon-to-be New Romantics Adam and the Ants give little indication of where their next moves were heading. The former's punk-by-numbers 'That's Too Bad' sounds a million miles away from future number one and career defining smash 'Are Friends Electric', although the latter's arty 'Zerox' could arguably be described as one of his finest moments both pre and post fame.

Rifling through Action Time Vision...'s extensive tracklist is enlightening when it comes to revealing those whose first steps to musical stardom (or infamy) came via the first wave of punk rock. The Killjoys' 'Johnny Won't Get To Heaven' featuring a young Kevin Rowland on vocals and prototype Simple Minds outfit Johnny and the Self Abusers lead the way. Billy Bragg's first recorded output as frontman for Riff Raff ('Cosmonaut') and future One Little Indian supremo Derek Birkett's pre-Crass Records outfit The Licks also make a notable impression. Elsewhere, Shane MacGowan's Nipple Erectors and future Nightingales The Prefects also provide food for thought.

However, a lot of this compilation can be perfectly summed up by many of the lesser known ne'er do wells whose have a go and hope for the best ethos perfectly summed up the DIY spirit of punk rock's first wave. Manchester outfit The Panik and Nottingham's Some Chicken serve up two of Action Time Vision..'s finest fare in the shape of 'Modern Politics' and 'New Religion' while anarcho punks in waiting Poison Girls and West Ham's most notable musical exports the Cockney Rejects also deliver two of the era's finest releases with 'Under The Doctor' and 'Flares 'N' Slippers'.

Of course it wasn't all plain sailing but as journalist Kris Needs documents in the extensive sleeve notes, Action Time Vision... covers a seminal time when anything seemed possible and a special kind of never to be repeated excitement hung in the air. For those reasons alone this box set is worth anyone's time and money.