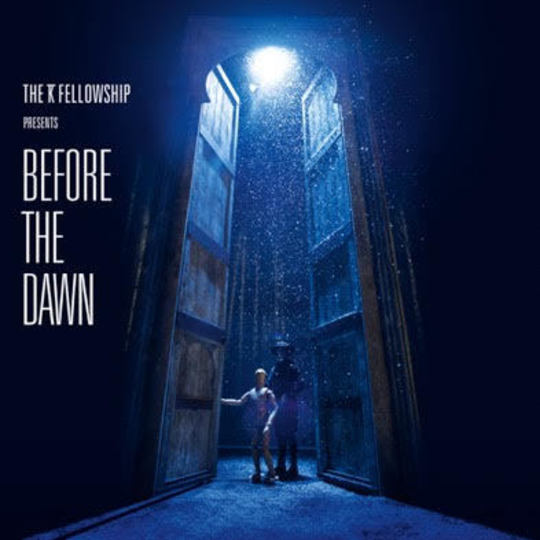 In 2014, back when we were still allowed to have nice things, Kate Bush did something that made her album releases look regular and expected by announcing Before the Dawn her second ever set of live dates, some three-and-half decades after the last lot.

It was fucking amazing, so it was, and if you’re a fan I hope you already know that: it was tough to get tickets, but not Led Zeppelin-at-the-O2 tough, and hopefully there were enough dates and enough tickets that diehards all go in. If you didn’t, I’m struggling to imagine what you’ll think is going on at points in this unexpurgated 3CD set that presents the whole show but none of the visuals. Surely particularly baffling are the ‘sketches’ from writer David Mitchell , ’The Astronomer’s Call’ and ‘Watching Them Without Me’. The latter, in particular, makes almost zero sense without being able to see the set: a bobbing, full-sized living room in which Bush silently haunts her husband and son (played by actual son Bertie) as they banter slightly smugly about toad-in-the-hole.

And it is fascinating to revisit the concert slightly more dispassionately and less blinded by the spectacle and occasion. The first CD is the closest the show comes to a ‘conventional’ gig. What really stands out is the strength of Bush’s voice and the muscular driving rhythm of the band: given Bush famously neglected to play any music at all off her first four albums, it certainly feels incredibly bold to start with the not-especially-loved The Red Shoes album track ‘Lily’. It’s even bolder to intermingle three out of the only four hits played that night (‘Hounds of Love’, ‘Running Up that Hill’ and ‘King of the Mountain’; ‘Cloudbusting’ came in the encore) with a further two semi-obscurities (‘Top of the City’ and ‘Joanni’). But it all works: ‘Lily’ is about as close as Bush gets to an actual rock song, and its grinding riff and her astonishingly strong vocal feel like they prove something more about her group’s live prowess – I should say this album is technically attributed to The K Foundation, ie the band – than simply dropping a hit would have done. Interestingly the disc includes ‘Moments of Pleasure’ off The Sensual World, which was never actually performed at the concerts – the fact it fits in so seamlessly here is surely insight into the rigorous levels of rehearsal that led up to this. Clearly Before the Dawn was a project Bush took as seriously as any of her albums.

A hard, imperious ‘Running Up that Hill’ and wild, expansive ‘King of the Mountain’ draw the line on part one and usher in part two, a complete performance of The Ninth Wave suite off Hounds of Love. This was the most theatrical part, and at the risk of being a dick about it all again it’s difficult to imagine what this has over the album recording without all the theatre. The skits… just nah. The main performance… pretty good, but very close to the album, really, certainly not revelatory without the video and the house and the fish people (with the exception of the closing ‘The Morning Fog’ in a gorgeous, accordion-led arrangement that’s oddly reminiscent of Arcade Fire).

It’s the rendition of Aerial’s An Endless Sky of Honey that feels like it’s had the most musical thought put into it: Bush’s rapturous “ding dong, ding dong, ding dong” at the end of ‘Prelude’ gives the song-suite an ecstatic peak early on, way before the climatic detonation of ‘Aerial’ itself. And then there’s Bertie. His most positive contribution is smartly replacing Rolf Harris’s spoken word bits while sounding really very different to Rolf Harris. His most maddening contribution is undoubtedly the ‘new’ song ‘Tawny Moon’, a harsh, semi-spoken word piece performed by Bertie that adds nothing to the flow of the suite and mostly just demonstrates what a horrible voice he has.

It’s a beautifully recorded set. It sounds very ‘live’ – spacious and uncompressed – while clearly being the result of meticulous editing across the duration of the run, and produced by Bush herself.

Perhaps therein lies the slight rub with Before the Dawn: Bush is such a phenomenal producer of her own work that the album takes of her songs are almost all definitive. These live takes are essentially all just ‘versions’. There are moments where the live dynamics allow the songs to hit a few more buttons than the studio recordings did, but ultimately it was an overwhelmingly visual show and it feels like everything here is lacking its USP, no matter how good it is. Still, far far better an audio document than no document and far far better a new Kate Bush record than no new Kate Bush record.