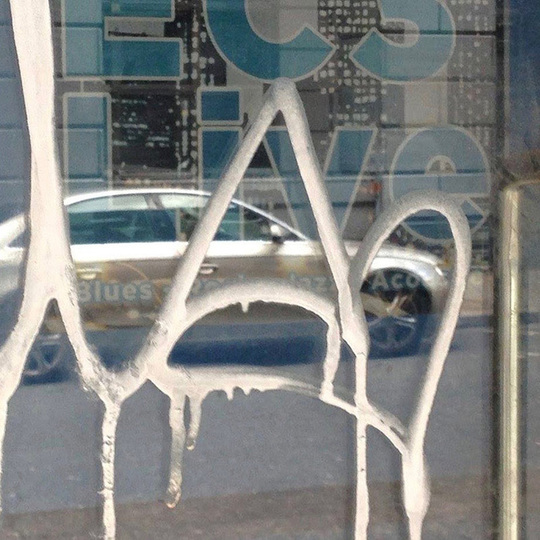 Why do we experiment? In science, researchers seek answers to concrete hypotheses, and measure the results by specific outcomes. Yet music yields no quantifiable output, at least not to the naked ears of their listeners. As a perpetual bystander, I can only guess the aims of exploratory composers like Stockhausen or Steve Reich, Flying Lotus or Nicolas Jaar – but, if my unyielding curiosity counts for anything, then I’d say that sonic experiments seek not to define our world, as scientists strive for, but to supersede it. We’re talking more than mere genre tag squabbles (although the whole 'is Burial dubsteb?' argument still perplexes me); these folk can recode logic and defy physics. When we turn to this gallery of mutants from Mica Levi and Oliver Coates, then, we must assess our environs: where are we now? Where are we going? And are those truly dolphins climbing onto the shore?

Both Levi and Coates are no strangers to the outer limits. The former has ventured as Micachu through myriad alien territories as bandleader, producer, collaborator, and composer; the latter dallied with Radiohead via the Philharmonic Orchestra, dropped a debut that sounds like Arthur Russell in a Boiler Room session, and programmed a whole dang festival back in the summer. They’re no strangers to each other, either – but where their last project injected tension and dread to the artsy horror film Under the Skin, this one skirts round more nebulous realms of the human psyche. Remain Calm is less an album, and more a case study of bricolage in 13 sketches, where laces of Coates’ violin weave like calligraphy over Levi’s murky loops and splintered beats.


Now, a casebook may seem an uninspired place from which to explore the boundaries of song. Yet, each sketch directs the listener to a new void – 'County H' pumps a telegram through a glittering fish tank; a satellite sends its last neon broadcast through the dead air of space via 'Barok Main'; the serpent rears its slimy, snorting head from the waters in 'Dragon in the Mist'. It’s the details that spark such vivid scenes – squelches, rasps, hums, clicks, all granted room to resonate. As Coates spirals ever upwards and synthesizers send columns of light down via 'Dolphins Climb Onto Shore for the First Time', the listener does feel warmth, an ascension, as if a natural phenomenon did unfold before us.

Still, this journey would be a bore if Remain Calm only strived for the sublime. The frantic squeaking strings patter through a ghostly Black Dice shuffle on 'New Wren Kitsch', the disgusting creaky racket of 'Fight in the Men’s Toilets', the suave tango that saunters through the cavernous echo of 'Bless Our Toes' – these are the moments where our protagonists are at play, and where the listener can jump in on the game. And, certainly, that’s another incentive to experiment in music – that, by circumventing stuffy rules, the composer topples the pedestal of art to the listener’s level.

That perverse delight doesn’t sustain itself, though. As a whole, Remain Calm dies too quickly, leaving the listener hanging on the sandy, sunset-lit horizon of 'Mob of Waters'; 'I’ll Keep Going' stretches its melancholic (and mostly static) air a minute too long; and while the concept of 'Xhill Stepping' as dissected electro amuses on paper, its dry deserted dancehall yields nothing but empty space. Here and elsewhere, the album resembles a small construction zone, perhaps one that you whizz by every day on your regular route to work – intriguing at first glance, mundane after the third encounter, an infuriating obstacle by the sixth.

So – why do we experiment? To push boundaries, create new worlds, break down dichotomies between artist and bystander? Naw. Really, the main reason is to satiate your own damn self, and fuck what anyone else thinks. Frame Remain Calm in that mission statement, and it works; otherwise, prepare to be shortchanged.