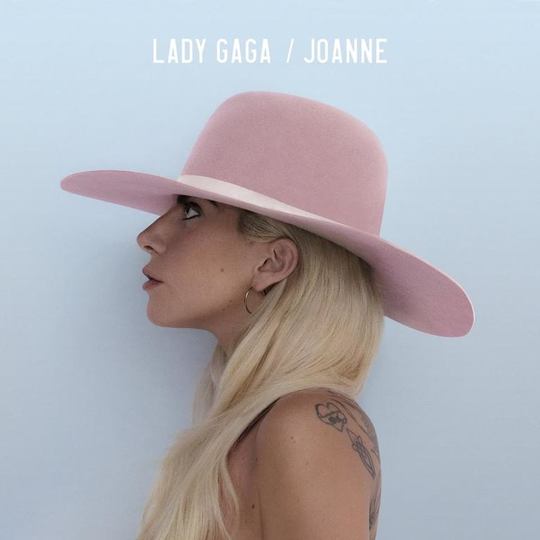 Although it’s difficult to quantify, somewhere between her crazed little monsters and meat costumes, Lady Gaga's schtick became more of a brand than an identity. It came to a point where her colossal stature reeked of an artist worried more about her image than quality in the music. Her last album, the perhaps aptly named ARTPOP had the terrible feeling of someone fulfilling a role already mapped out long before her - a bloated persona attempting to strike in all directions but rarely ever hitting the sweet spot.

Gaga’s collaboration album with Tony Bennett, Cheek to Cheek, reminded the world of her vocal range but barely made a dint in the pop culture stratosphere.

But this time things are different. Very different actually. The gimmicks are gone, at least for the time being, and what we witness on Joanne is the actual person behind it all. Joanne has an emotional, stripped-down approach that as a whole arguably outweighs anything she has come to release to date.

Like The Fame Monster, Joanne is light on filler, filled to the brim with songs that could very well be singles in their own right. Gaga truly runs the gamut of musical genres, fusing pop with career outliers like country and even dashes of folk. For the bulk of the album, Mark Ronson produces, skillfully bringing out the best in her artistically. With a mixture of subdued and avalanched kick drums, Gaga impresses early with 'Diamond Heart', letting her deep and expansive vocals truly shine. On 'A-YO' Gaga is able to tap into a hip-hop aura without a contrived nature as past misadventures like 'Dope'. Ronson provides a spunky beat that Gaga lends her dynamic, energetic vocals to. On “John Wayne,” she uses the legendary American icon as a symbol for the type of ‘wild man’ cowboy personality type she romantically craves.

Compared to her previous work, Gaga appears more vulnerable and emotionally naked, taking pains to bring the listener into her personal orbit like never before. 'Perfect Illusion', the lead single, is the best she has released in years. Equal parts rock and pop, the song moves at a breakneck pace, with Gaga revisiting the formula she used on past hits like 'Just Dance', where a lively yet somewhat simple instrumental allows her vocals to soar while she sings about a seemingly impeccable romance that turned out to be hollow on the inside.

She explores love once again on 'Million Reasons', utilizing a much more subdued approach. Over soft piano strokes, Gaga turns in one of her most significant and vulnerable performances of her career. She dials down the electro-pop we have witnessed in the past and gives a rousing performance about the pitfalls of heartbreak.

Ronson creates a twangy, rustic vibe for 'Sinner’s Prayer'. Gaga uses her gift for detail to contribute to the ambiance of the record, narrating an invigorating story about love and loss that feels as personal as if Gaga lived it herself. She evokes a nostalgic jazz feel for 'Come To Mama', where she equates the world to a dystopia that needs to come together in solidarity.

Gaga teams up with Florence Welch on 'Hey Girl', which turns out to be one of the most spirited tracks on the album, buttressed by synths and the trading of vocals between the somewhat unlikely duo. It could easily be recognized as a strong feminist anthem, addressing female listeners as establishing themselves as a support system.

Gaga’s crawling vocals on 'Angel Down' help establish a sentimental vibe. She longs for an angel to help to mitigate all the chaos in the world. 'Grigio Girls' is laced in country roots, with Gaga even altering her voice to make the impact all the more forceful. She remains in a state of full control throughout the album, and by album’s end it’s clear that Gaga has released one of her most dazzling albums to date. And while she is very much the eccentric artist we’ve come to know, the quality of the music doesn’t suffer as a result of any unnecessary ties to ego. We’ve witnessed a lot of pop queens come and go, but despite some career setbacks, Gaga is intent on sticking around for the long run.