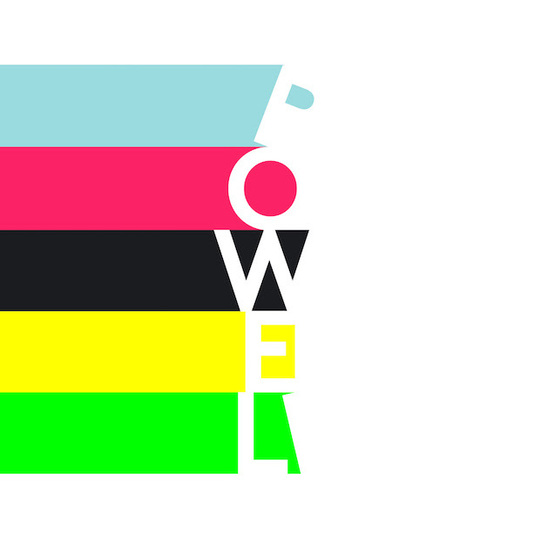 I like Powell. I like his dry humour, and more importantly I like his music. Back in 2011, I heard his debut release, ‘The Ongoing Significance Of Steel and Flesh’, and was enticed by this weird little release, with it’s seedy, noir-y, post punk atmosphere - it made total sense that Karl O Connor was on remix duties, and the Downwards lot were into it too, as it was dark, brooding dance music which owed more to grimy post punk with images of run down council estates of Eighties Britain than anything else. It was genuinely like nothing else around at the time.

Since then, Oscar Powell has steadily grown in stature - he’s now courting XL for his releases, running his brilliant Diagonal label (home to the excellent Not Waving amongst others), trolling Steve Albini on billboards, doing funny promo photos, and writing genuinely hilarious press releases to journalists about what you can and can’t ask him in interviews. All these lolz aside though, I had a nagging feeling all this might be covering something up, and sadly, that something is a pretty disappointing debut album.

I mean, I get it - it’s a weird, scrappy, bizarre little thing, full of squelching synths, buzzing hacksaws and tribal rhythms, but it somehow can’t really figure itself out. If that was the plan, then obviously mission accomplished, but for me it’s either trying too hard or deliberately not trying hard enough.

On one level, Sport can be seen as a ‘punk’ statement - a genuinely confrontational record, challenging your ideas of what a dance record can be, but the only problem is if you’re not willing, or just unaware of the levels he’s operating on, all you’re left with is a choppy, odd collection of music.

Gone is the minimalist murky swagger, and in its place Powell jams in a whole bunch of everything, which takes a lot of time to unpack and make sense of, but I’m not really sure if that actually makes a good album or not. There’s nods to his obvious influences - a Sonic Youth sample aimlessly jackknifes through ‘Big Keith [‘Ok Ok’ Mix]’, a Fall vocal creeps through on ‘Junk’ (one of the better things on here) and he even sort-of samples himself on ‘Her Face’, which has a beat not too dissimilar to the aforementioned ‘the Ongoing Significance…’ The samples themselves don’t really add much to the tracks either, and they tend to clatter about his sonic wasteland - mostly played out of time, and not mixed that well to start with. I get that this is a stylistic decision, but it doesn’t really make it sound any different than just a whole bunch of unconnected samples all playing at once.

It’s a shame I’m not really connecting with this, as the track titles are amazing (my personal favourite being ‘Gone A Bit Bendy [NTS Chatroom Version]’), and in interviews I’ve read with him, he seems like a good guy attempting something very different in an environment where that kind of attitude is almost punished.

The funny thing is, I’m sure there’s a decent record in here somewhere, but it’s hiding in amongst the detritus which seems to have been added in almost at random. At times, he gets it spot on - the jagged, scrappy disco of ‘Junk’, and the pulsating ‘Jonny [feat Jonny]’ (I did warn you about the track titles) all hint at what Powell is capable of - rousing, raw, fucked up dance music, but it’s just… well, I’m not sure what went on, but Sport comes out feeling like a disjointed mess - a melting pot of ideas that hasn’t really melted yet.

I’m reminded of the last time I felt like this about music, and it’s when I went to see Four Tet play with Explosions in the Sky in about 2005 or something. EITS were great, but Four Tet did a similar thing to what’s on display here - it was a giant mulch of audio, all pulsating in random patterns, and when he did find a groove, it lasted only a minute or so, before the knob twiddling took over and the mess of digital noise washed over it until he managed to find another rhythm what felt like hours later. It was all live, which has to be commended, but it’s not a real excuse if the end result isn’t actually that good - I get the feeling he sacrificed actual listenability for the sake of ‘being artistic’, and kinda losing himself in a mess of what he thinks he should be, or trying to oppose what’s expected of him. It’s OK to just play the stuff you’re good at, dude.

Maybe I’m missing the point in this, or maybe I’m not sarcastic enough to get it, or too much of a dweeb to get the reference points and the deliberate shonky warping, but in all honesty, it gave me a headache. If it’s a true spirit-of-punk vibe he’s going for, then again, mission well and truly accomplished.