A Corpse Wired for Sound 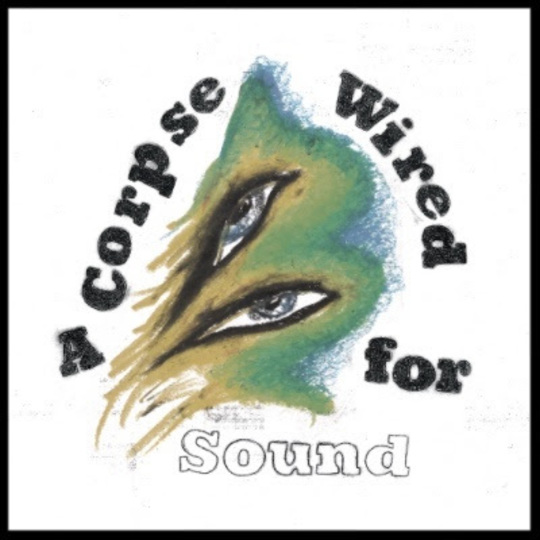 Merchandise are a frustrating bunch. Regardless of my expectation, every time they release a new record, my initial reaction is one of disappointment. That’s why this review comes with a disclaimer: there’s a strong chance I’ll feel totally different about this album in a few months’ time, up to a three-point addition to the number at the bottom of the page. It happened with the switchup from Strange Songs (in the Dark) to Children of Desire, then again with Totale Nite and yet again upon the release of major label debut After the End. This is a band that have made a habit of confounding moving in oblique directions without warning.

For my money, Children of Desire remains the high water mark. That massive rush of sound, forced into (somewhat) palatable run times and delightful melodic turns kills me every time. The high points of their last LP were vertigo-inducing - ‘Little Killer’ is utterly, utterly perfect - but they were lost among the more meandering pieces that seemed banal in comparison. That’s why I’m so downtrodden to announce that this lack of focus forms the backbone of A Corpse Wired for Sound. Pre-release singles ‘End of the Week’ and ‘Flower of Sex’ promised so much – lumbering, Sisters of Mercy-indebted growls that refused to settle, but that restlessness brings diminishing returns when stretched over a full-length.

The band have retreated back to their pre-4AD line-up and reined in the overtly pop instincts of After the End, instead content to needle at a single idea in the hope of coaxing something memorable. That in itself isn’t a problem (see Children of Desire’s ‘Become What You Are’), but they’ve seen fit to amputate the resulting recordings with fade-outs and abrupt cuts. Hardly anything is given time to breathe before being drowned and discarded in favour of whatever comes next. Take ‘Right Back to the Start,’ for example: it’s a moving exploration of making amends with past decisions, but just as it recedes and builds to what should be a spectacular finish, it peters out with a shrug. There is a wonderful record in here somewhere, but I can’t shake the feeling that this release has been made in sullen compliance. For all its talk of finding peace and acceptance, there’s no joy in its creation, and that comes across stronger each time I return.

Nonetheless, there are moments that rise above the water and cling to life. ‘Lonesome Sound’ has a glorious urgency, and my brain feeds me serotonin in recognition of each guitar wail. Carson Cox has a beautiful knack for choosing the melody that will wring the most emotion from his words, and as he soars over an increasingly frantic noise, I feel like everything will actually be alright. ‘Silence’ combines an arpeggiator from the score of The Terminator with shimmering guitar bends and heavy piano chords, dragging Cox along the whole way. It’s a startlingly focused five minutes that shows just what this group is capable of, and just why Merchandise are so alluring. They follow it with ‘I Will Not Sleep Here,’ which is finally given the space to develop and die on its own terms. The results are spectacular. I’m trying to convince myself that in time, ‘A Corpse Wired for Sound’ will reveal its true self and work its way into permanent residence alongside Merchandise’s best work. Maybe the half of the record that evades my affection will relent, and I’ll clutch it to my heart, mocking my earlier indifference with a superior smile. Right now, however, I’m struggling for positivity as it drifts aimlessly out of reach.